Stephanie King talks about the blood lead level test results for her five children, including her daughter Ivianna Prater, 8, at left, in their West Calumet home. King has already started packing and is waiting for a housing voucher that will enable the family to move after September 1. King fears that finding an equivalent home for her large family will be difficult. 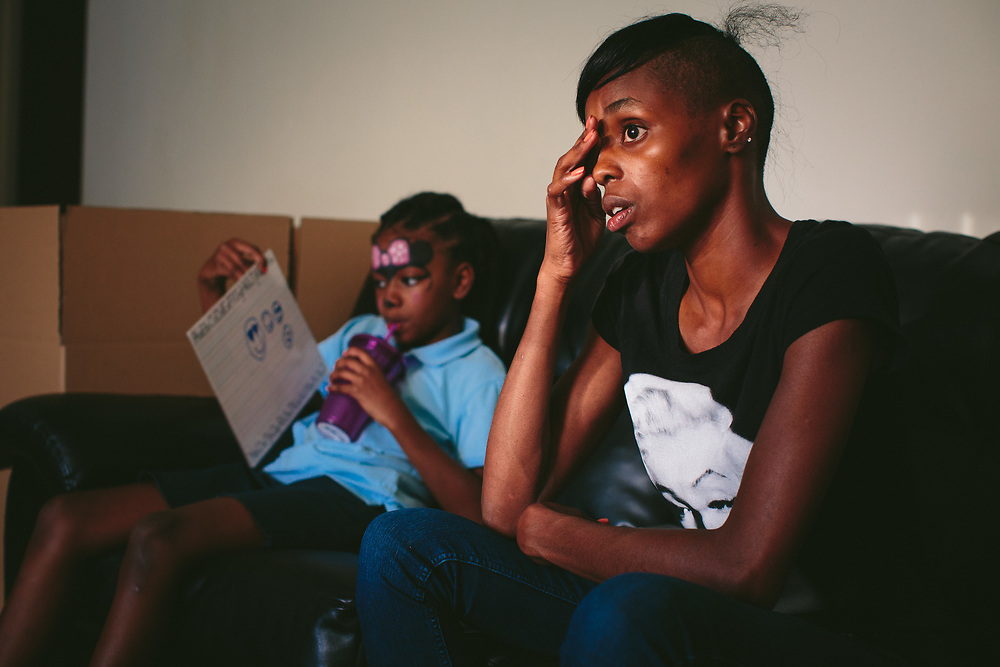