Lamont Anderson embraces his son Lamont Anderson Jr., 8, at the West Calumet Housing Complex in East Chicago, Indiana. Anderson Jr.'s blood lead levels test results were above the CDC’s 5 mg/d threshold for action. After living in the complex for more than a decade, the family moved to Gary, Indiana earlier this summer. 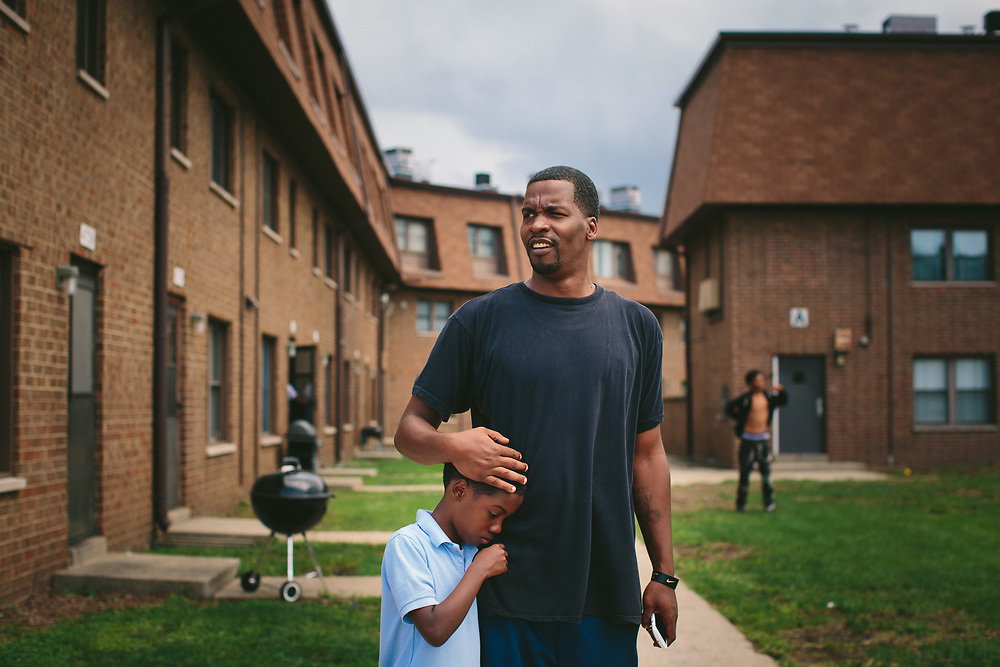