Stephanie King received this notice about lead in the dirt surrounding her West Calumet home. King has already started packing and is waiting for a housing voucher that will enable the family to move after September 1. King fears that finding an equivalent home for her large family will be difficult. 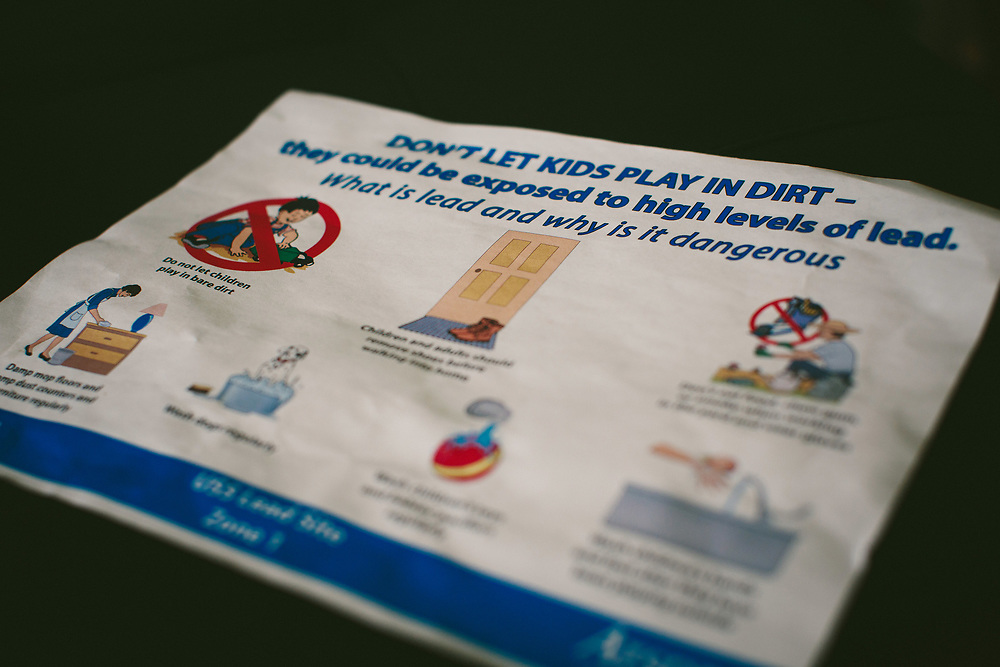