Congresswoman Tammy Duckworth meets General Wes Scott at the Second Baptist Church Family of Elgin outside of Chicago on Sunday, July 24, 2016. Duckworth, who served as an Army helicopter pilot, lost both of her legs after her helicopter was shot down in Iraq. 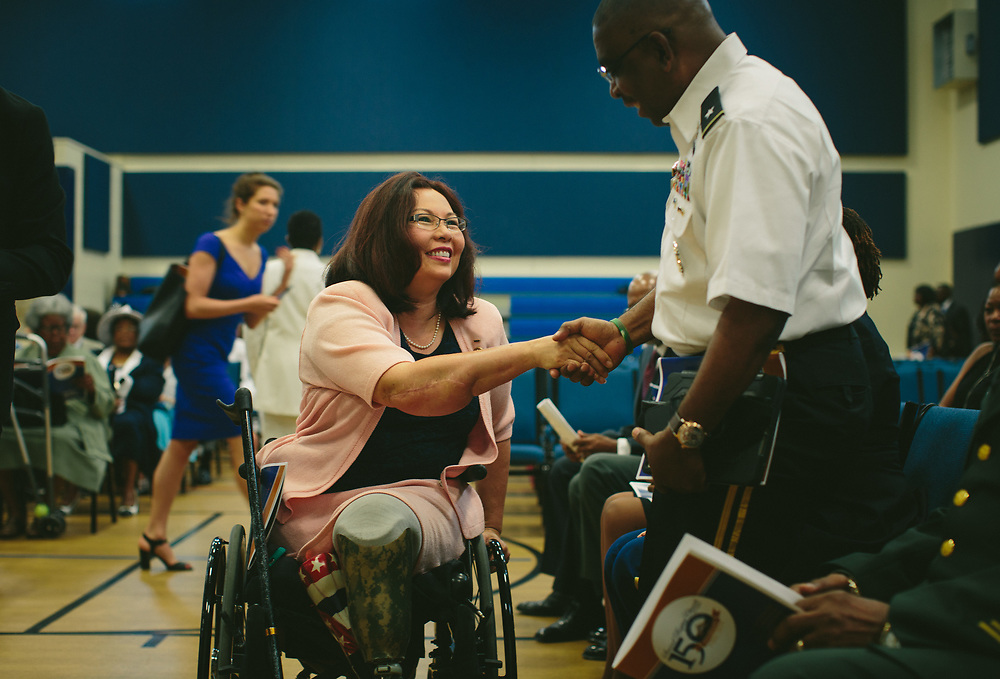