Nayesa Walker and her 7-year-old son Kash Lott wait for a school bus to drop off his two younger siblings at the West Calumet Housing Complex. As a child, Walker helped create the mural that covers the neighborhood's community center. Walker and other residents tried to stop the neighborhood's demolition. "We feel like we're just being thrown out," Walker said. 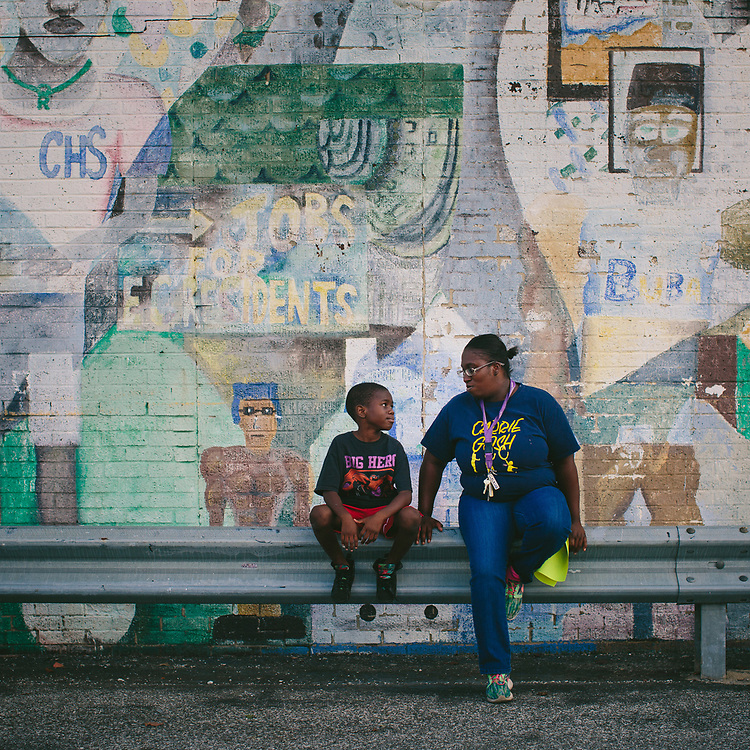