“He looked at me and said, ‘You know you can have some of this too,’” Bernadette Clyburn said of a co-worker.

Some women still remain at the job, but many have quit. Here, Clyburn poses for a portrait. 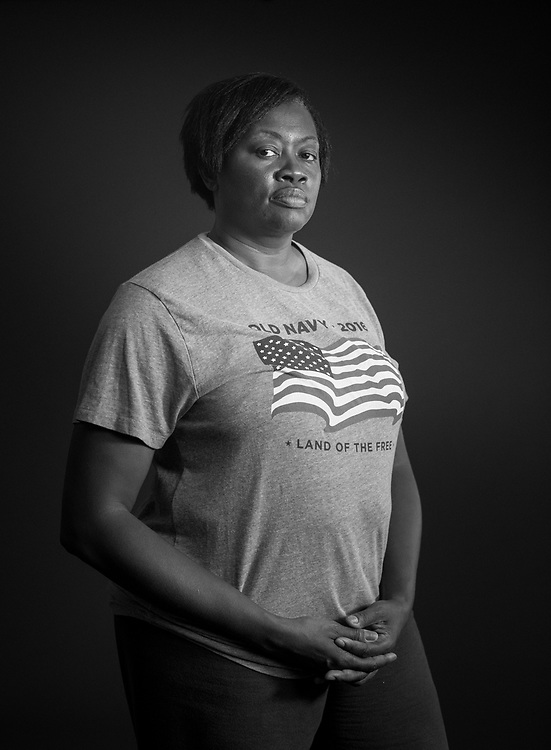