A young boy named Eduardo practices drums in Santiago de Los Caballeros in the Dominican Republic. Behind Eduardo hangs a painting by the Dominican artist Ricardo Toribio who paints scenes celebrating life on the island, especially that of the native Tainos who European colonialists enslaved alongside African slaves imported in the 15th century. The country, and its neighbor Haiti, still struggle with racism and ethnic divisions, but art celebrating the lives of the descendants of slaves has found a new audience and acclaim. 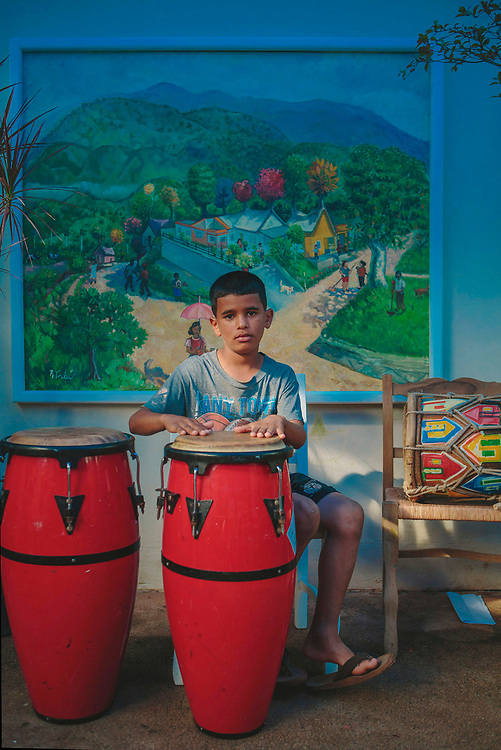