"America in the Middle" is a collection of images showing communities often-overlooked in an America dystopia.

Karlos Denson, 9, plays an acrobatic version of football outside of his home in the Fourth Ward, one of Janesville's most impoverished neighborhoods.

Amy Goldstein excerpt:
Janesville, Wisconsin, lies three fourths of the way from Chicago to Madison along Interstate 90's path across America from coast to coast. It is a county seat of 63,000, built along a bend in the Rock River. It is the hometown of House Speaker Paul Ryan. It is an old United Auto Workers town in a state led by a new generation of conservative, Gov. Scott Walker (R). It is a Democratic town still, though the economic blow that befell Janesville is the kind of reversal of fortune that drove many working class Americans to support Donald Trump for president. 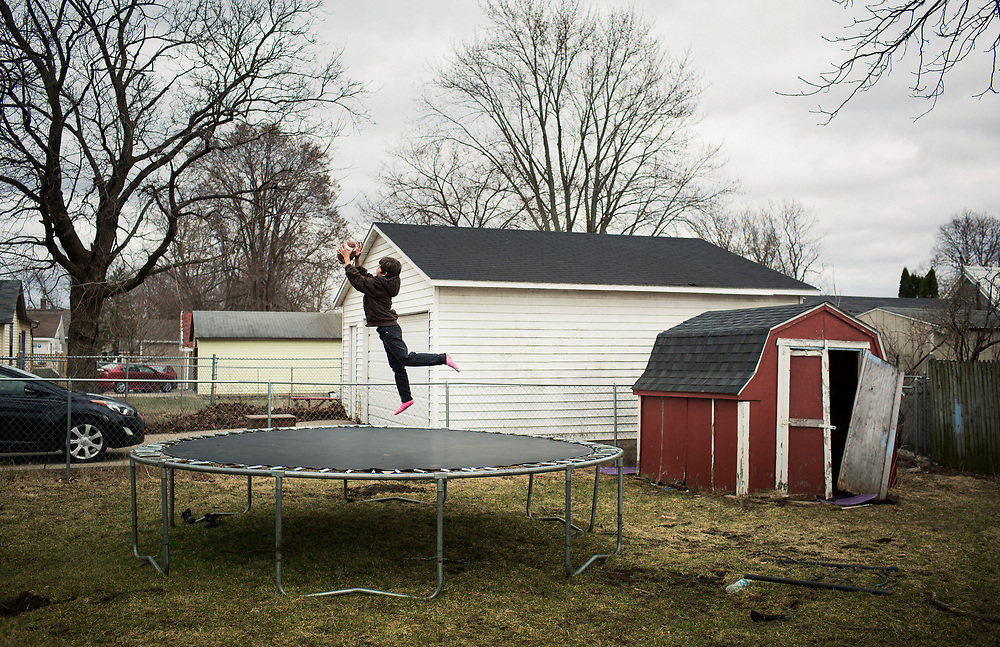