Marktown residents celebrate the Fourth of July. BP expanded its refinery to the northern boundary of Marktown, a 100-year-old workers village in East Chicago, in 2013. Well within a disaster blast zone, the neighborhood is a liability for BP. The firm has offered between $4,545 and $30,000 for the properties, which is not enough to buy an equivalent home, especially on a fixed income. Residents say they have felt more vulnerable with each of the nearly 20 buildings demolished in the past year. 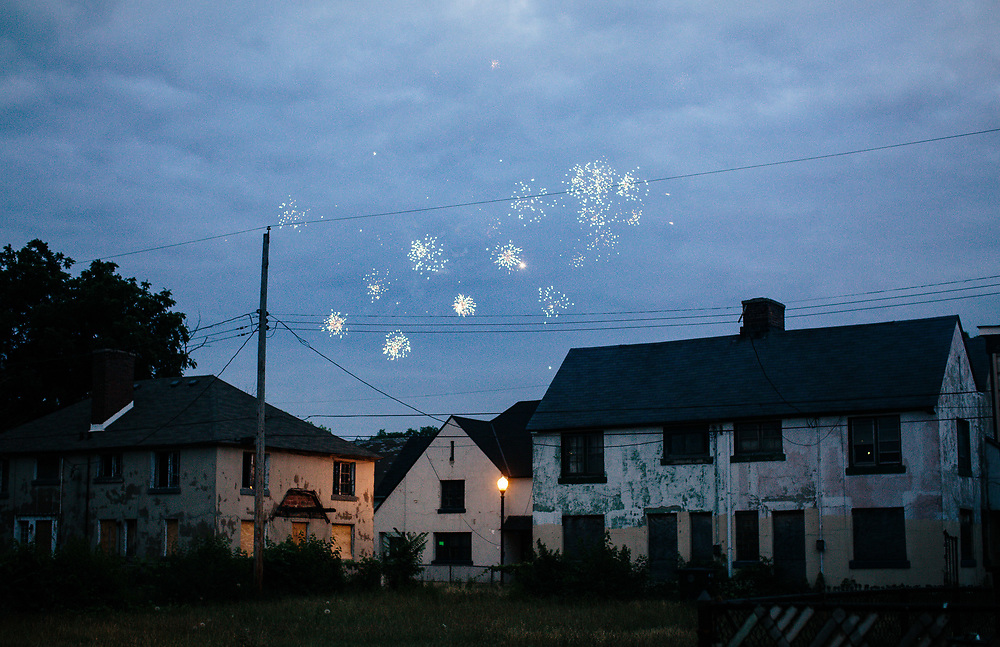