A peach tree blooms in the Marktown neighborhood. 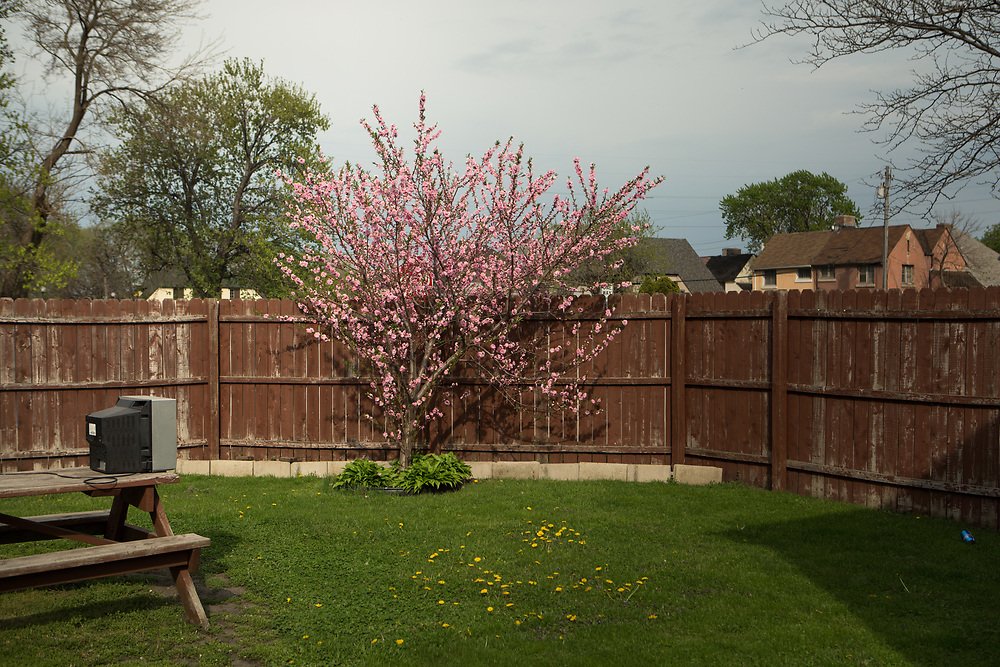