Catcher Cuts The Rope, a Marine injured in Fallujah, leads a two-mile walk protesting the Dakota Access Pipeline, which will cut across several sacred indigenous sites and will tunnel under Lake Oahe, which feeds into the Missouri River. Cuts The Rope, who is Aoanii and Nakota, spoke of his hope for a non-violent resolution to the pipeline. "We will stop the pipeline, and we will do it peacefully," he said.

ìWe say ëmni wiconií: Water is life,î said David Archambault II, the chairman of the Standing Rock Sioux, whose reservation sits just south of the pipelineís route. ìWe canít put it at risk, not for just us, but everybody downstream.î He added: ìWeíre looking out for our future, the children who are not even born yet. What is it they will need? Itís water. When we start talking about water, weíre talking about the future generations.î 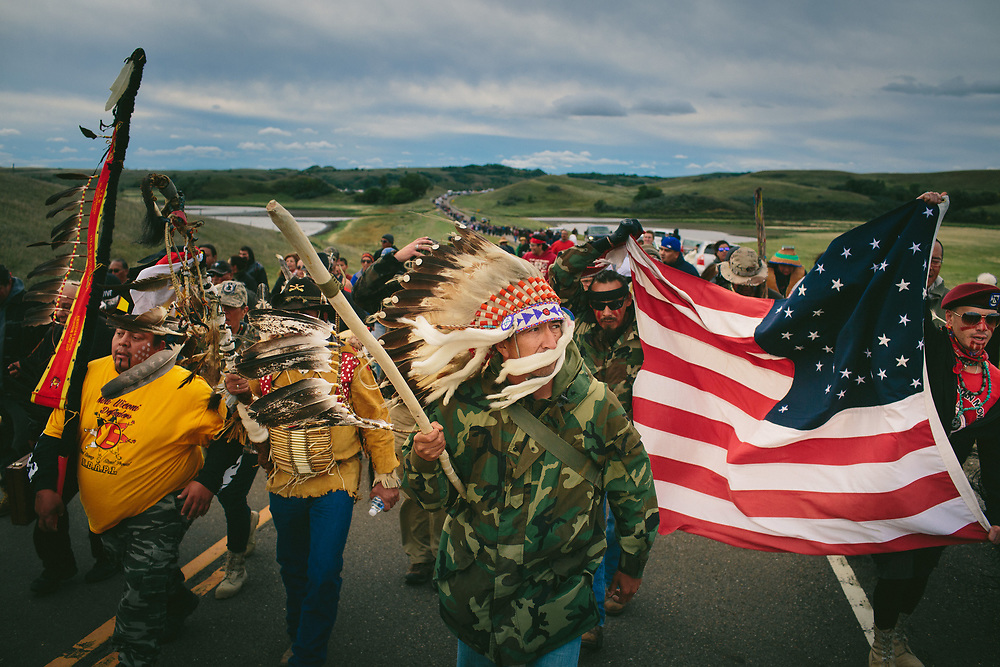