SarahJane Thompson, at left, and Lindsay Burnham line up during drills as the Omaha Heart practice at Millard South High School's Buell Stadium on Thursday, April 4, 2013. The women wear youth shoulder pads during practice but have much flimsier shoulder pads in games. "Down the body, we are extremely exposed. We are still 100 percent tackling. We’re taking hits, we’re delivering hits, but we don’t have the luxury of having pads," defensive player Brittany Benson said. 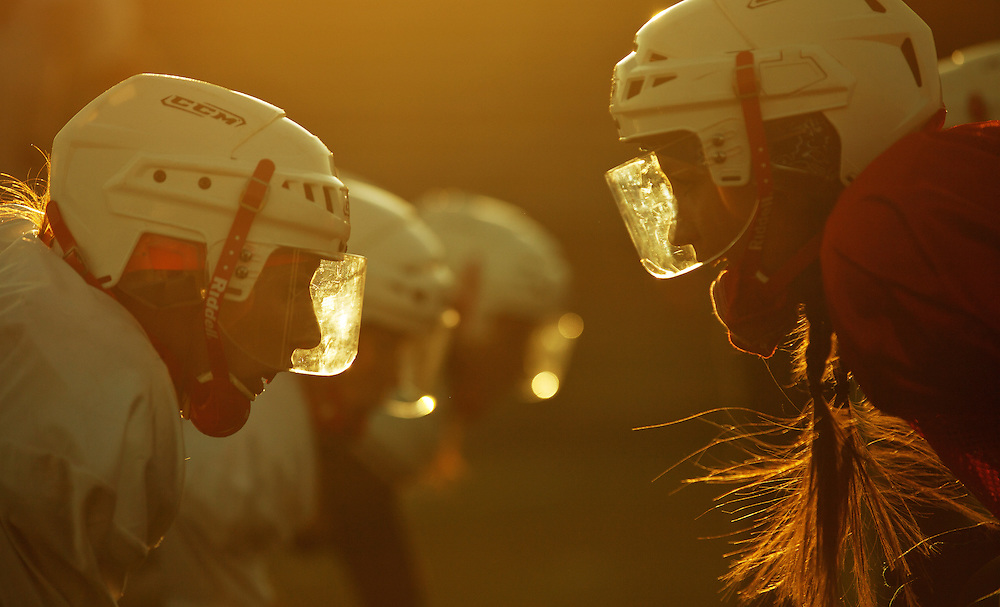