Morgan Anderson prays before the team's opening game against the Atlanta Steam in Gwinnett, Ga., on Saturday, April 13, 2013. "I couldn’t imagine being done for the rest of my life out of competitive sports," Anderson said. "Nothing is compared to those games that actually count." 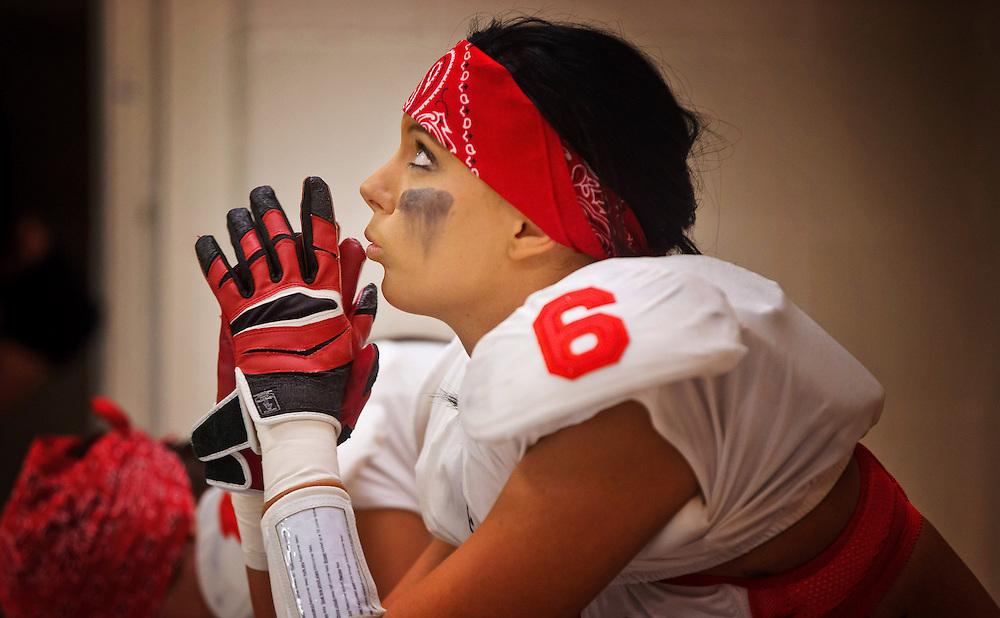