The United Steelworkers Local 7-1 picket on Indianapolis Boulevard, which runs alongside BP's Whiting Refinery. Despite bitter February and March temperatures, the union has demonstrated for more than a month outside of the refinery, calling for safer working conditions, including shorter shifts with breaks. Refinery employees complained of exhausting 24-hour shifts and voiced concern over the under-trained contractors who have replaced them during the strike.

"How much money will replace 56 years' worth of memories?" life-long resident Ki 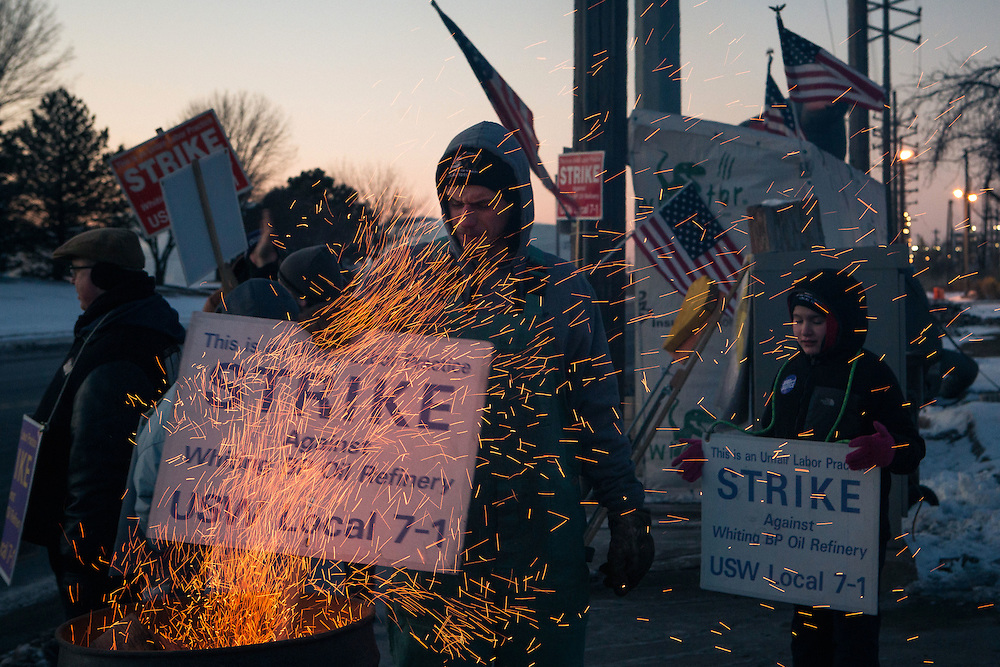