At right, Nita Lynch of Colorado organizes her fellow Bernie Sanders delegates to the Democratic National Convention for a picture during the People's Summit. "Bernie didn't get elected, but he started a movement and that is what we're here for -- change," Lynch said. 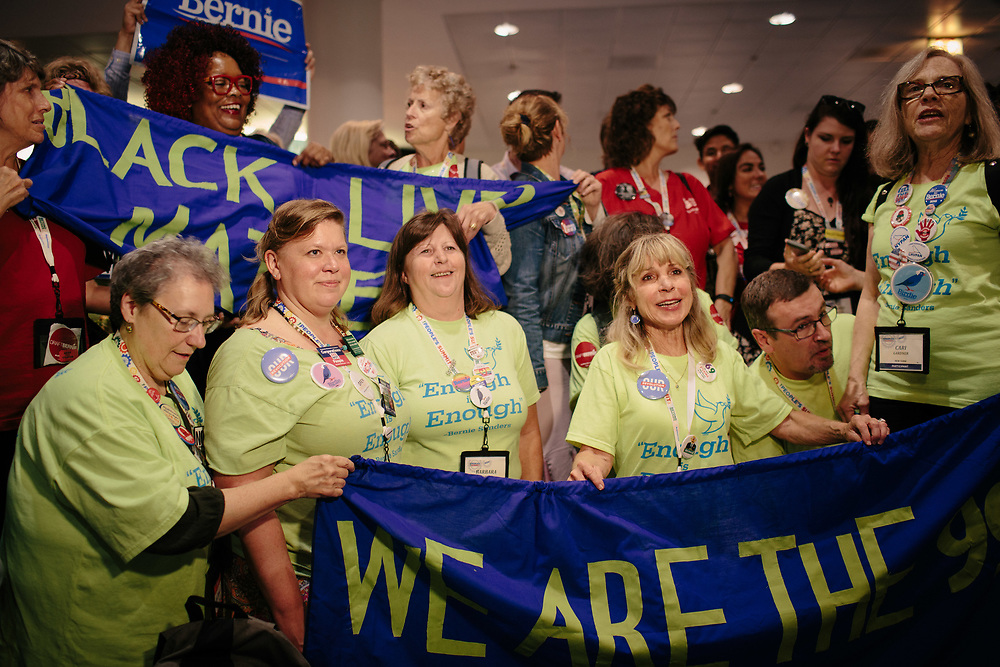