Offerings surround an effigy of Shri Sai Baba, an incarnation of God favored by Srinivas Kuchibhotla. Kuchibhotla was a devout Hindu and built a shrine in the home he shared with his wife Sunayana Dumala. 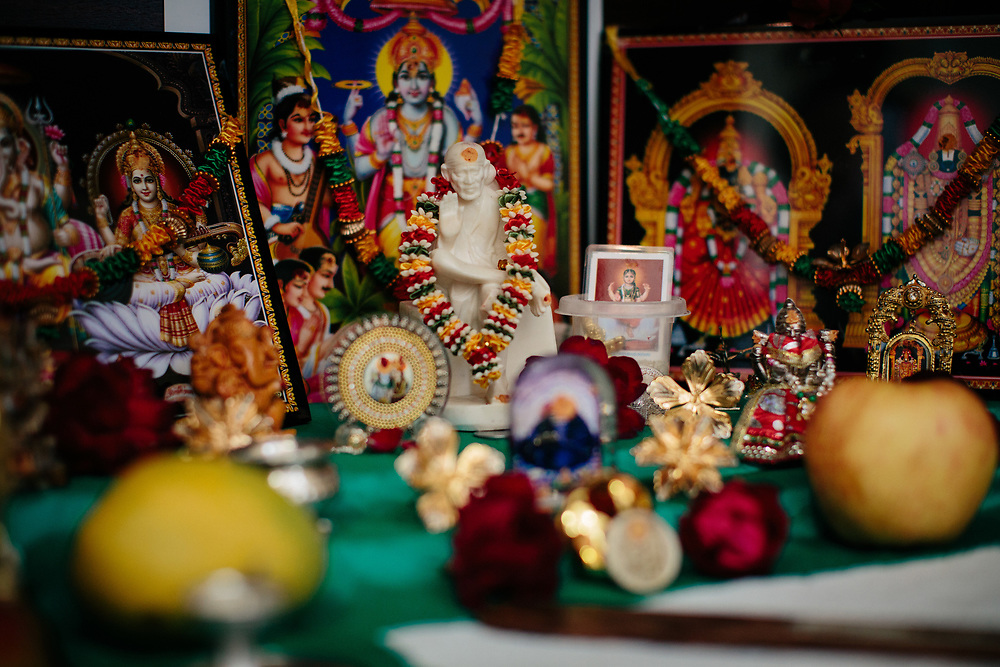