Tim Lujan, of the Taos Pueblo Tribe in New Mexico, is a veteran who served in the Connecticut and New York National Guard. "It's about brotherhood and being with people who have the same goals in mind. To be here and support and help these people because we've also had our land taken away before," Lujan said. He arrived yesterday and will stay through the week but has to return home for his job. 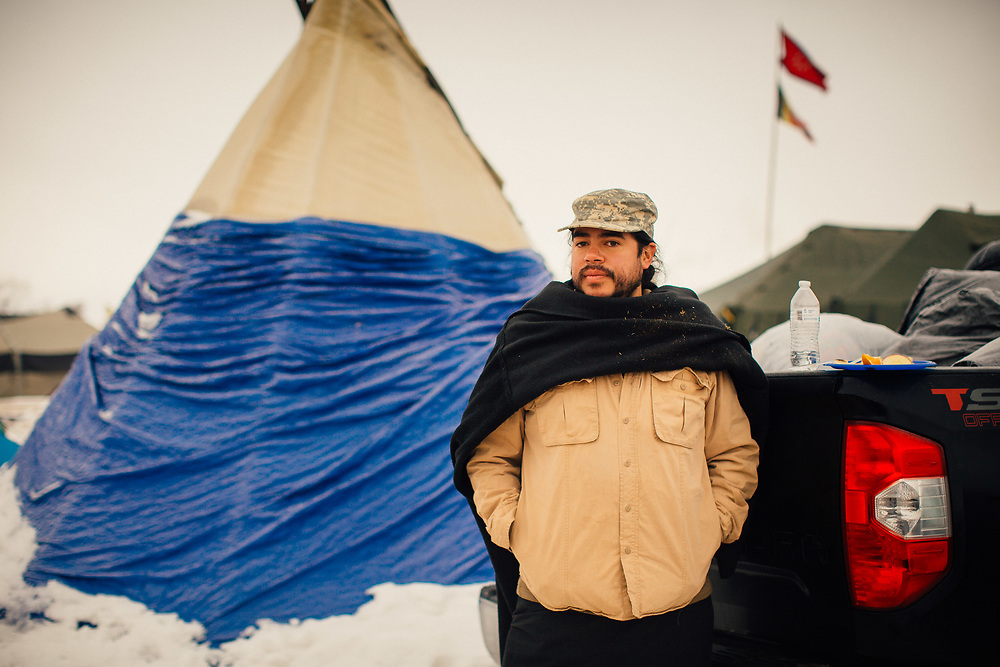