Peter Giampietro, who traveled from Washington state, starts a fire as the sun sets and a cool September breeze enters the camp. Giampietro has native heritage but identifies himself as All Nations. He spoke of an eagerness for tribal and national unity as he and others protest the Dakota Access Pipeline. "In the end, we won't be defeated, but it's kind of up to us how much we're going to lose before we stand up together," he said.

In a historic gathering of more than a hundred Native American tribes from across North America, protestors are rallying to stop the pipeline they fear will poison the Missouri River, which runs through the Standing Rock Sioux reservation. 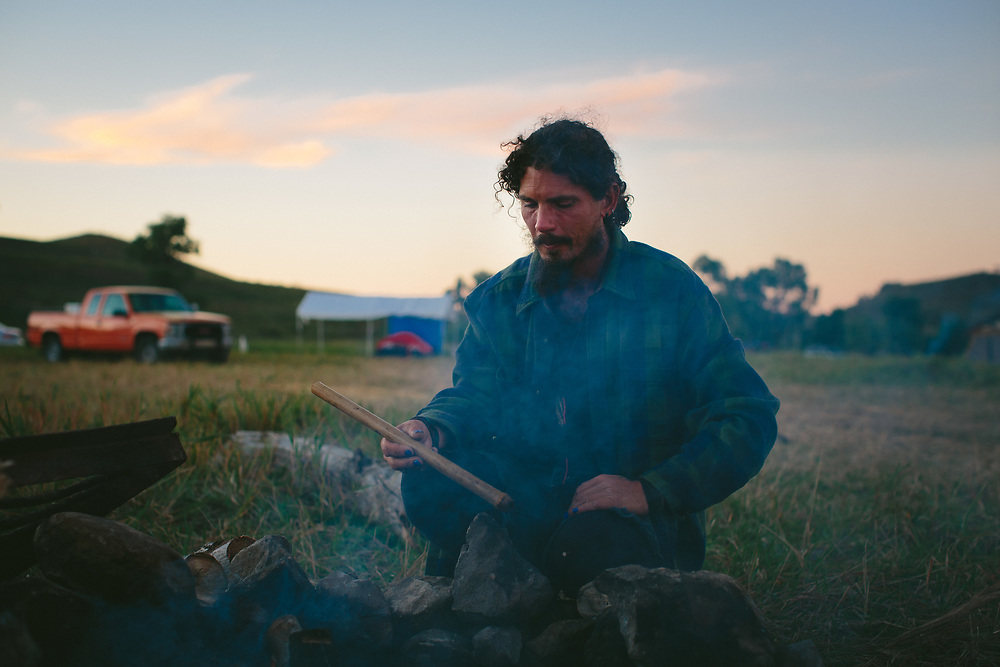