After living in the West Calumet Housing Complex for the first eight years of his life, Lamont Anderson Jr.'s blood tested high for lead. From inside his grandmother's home at the complex, he plays with his brother Logan Anderson, 19 months.
--

"How much money will replace 56 years' worth of memories?" life-long resident Kim Rodriguez asked. "I am rich in history here.” 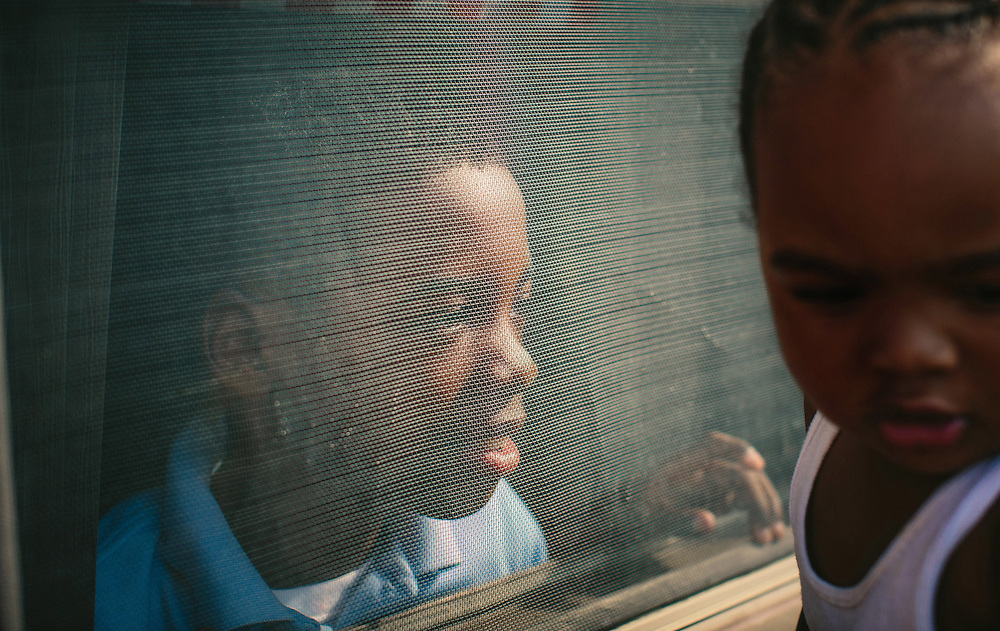