At the Eagle Inn Family Restaurant, waitress Sarah Wohlust checks in on a regular customer, John Wunderlin, who worked as a supervisor for 25 of his 39 years at the Janesville GM Assembly Plant. "I was really disappointed when they closed down because I thought we was putting out a good product," Wunderlin said.

The decommissioned Janesville GM Assembly Plant covers 4,800,000 square feet on the southern end of town, and since production ceased in 2008, the surrounding neighborhood has struggled to bounce back. 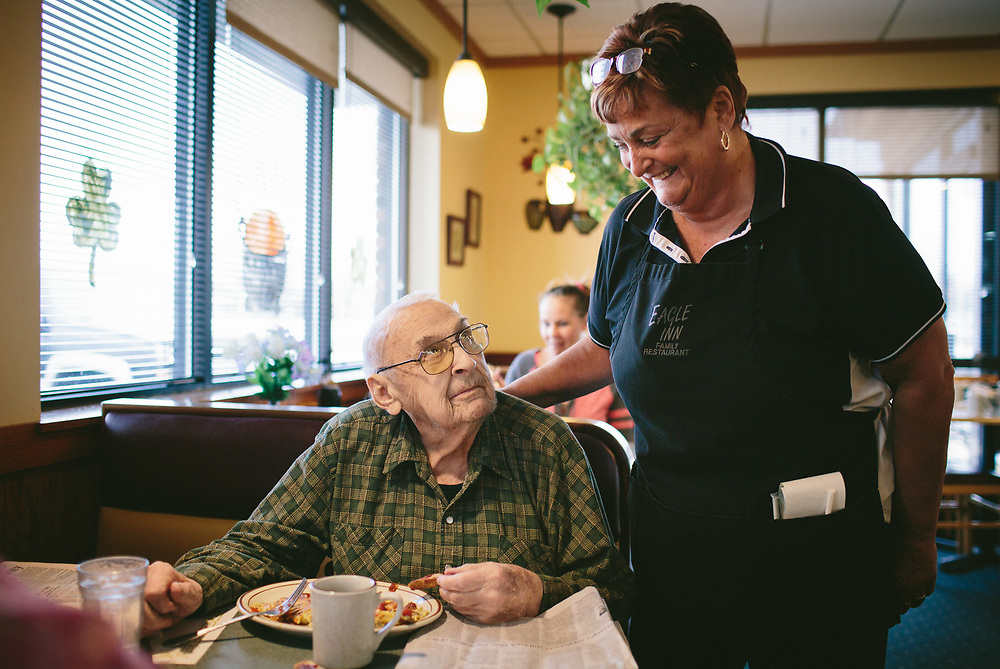