From left, friends since childhood, Janae Peyton, 13, Ashanti France, 12, Irene Wooley, 13, and Tniyah Foxx, 12, swing at the park near the West Calumet Housing Complex in East Chicago, Indiana. The playground is part of the Carrie Gosch Elementary School, which has been turned into an EPA office.

"All my memories are here. I've got to move away from my friends," Peyton said. 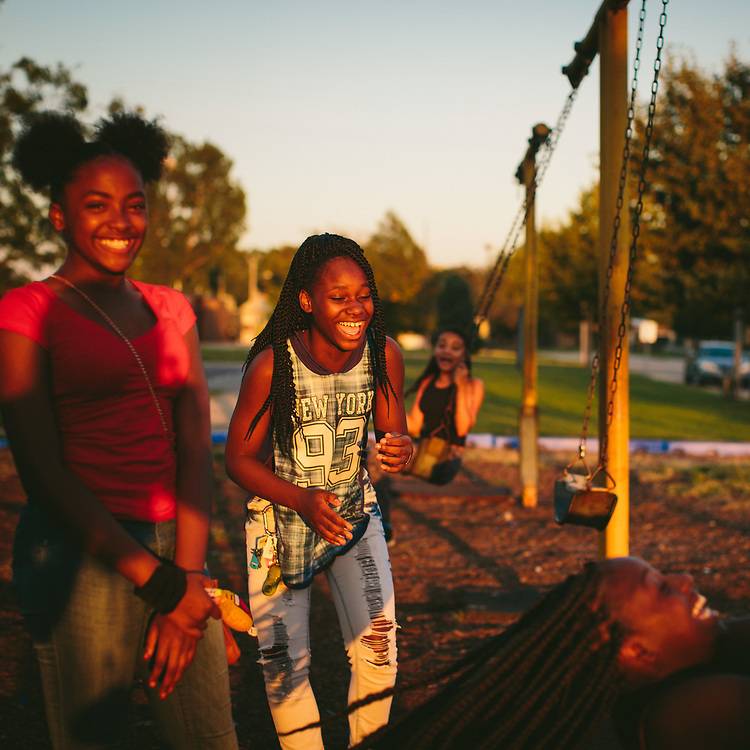