Varalakshmi Dumala walks outside of her daughter Sunayana's home before going to worship at the Hindu Temple and Cultural Center of Kansas City. Sunayana Dumala is reminded constantly of her late husband Srinivas Kuchibhotla who was very handy and left his influences throughout the "dream home" they created together. 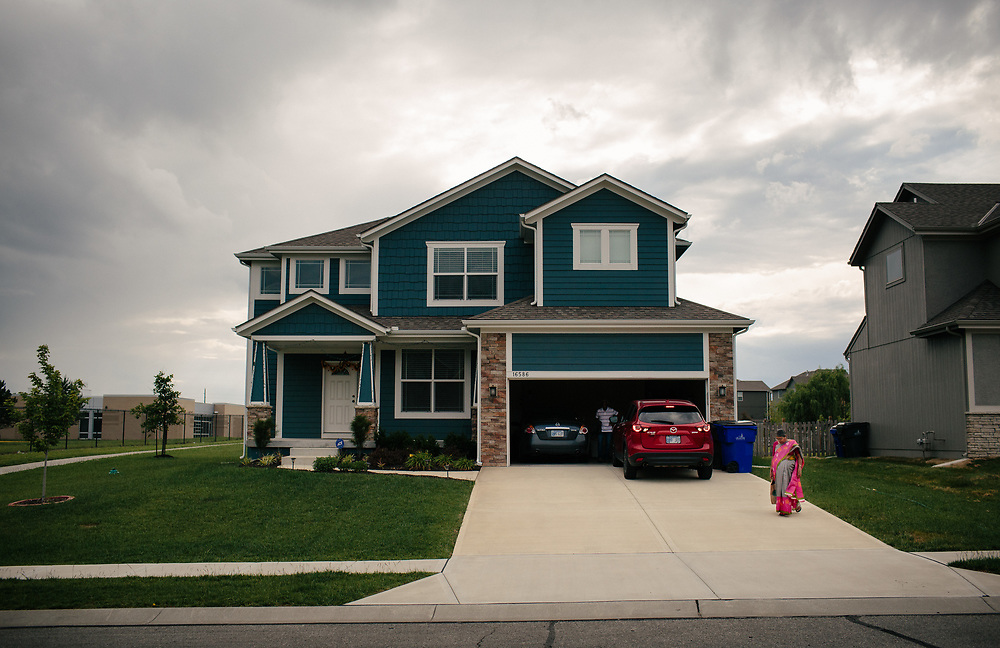