Rev. Clinton Stancil, the pastor of the Wayman AME Church, poses for a portrait in the sanctuary. 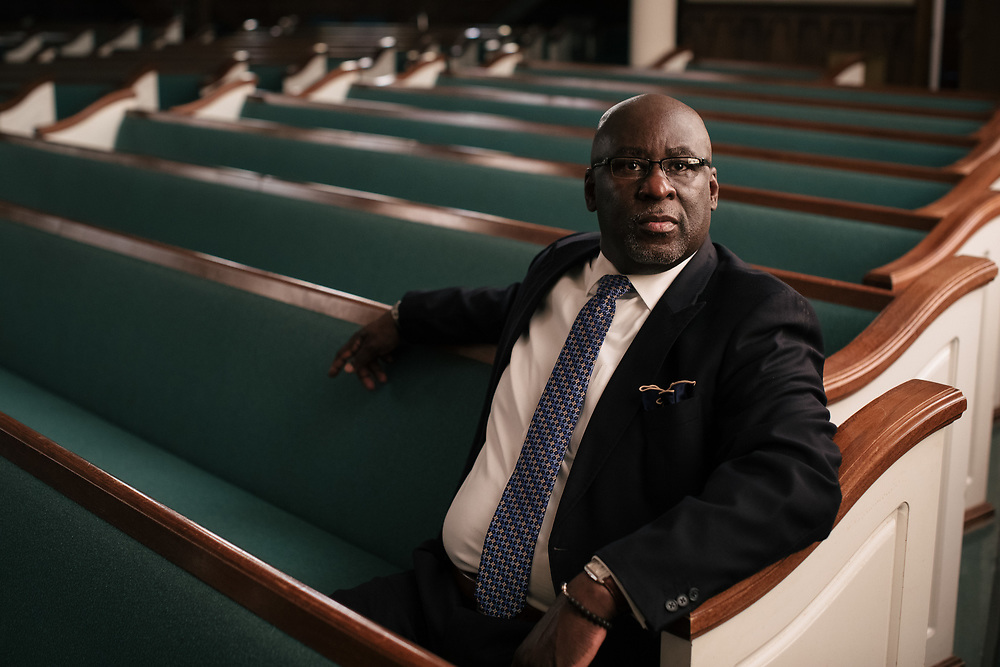