Elwood Blues, who traveled from the Sisseton and Wahpeton Reservation in South Dakota hoists a coup stick into the air as a group of travelers arrive on the river at the Sacred Stone camp. Blues said he was given the stick by a brother who had passed away. A coup stick is used by some Native American warriors to touch their enemies in battle as a sign of courage.

Thousands have arrived to protest an oil pipeline, they thread through an arcade of flags whipping in the North Dakota wind. Each represent one of 280 Native American tribes that have flocked here in what activists are calling the largest, most diverse tribal action in at least a century, perhaps since Little Bighorn. 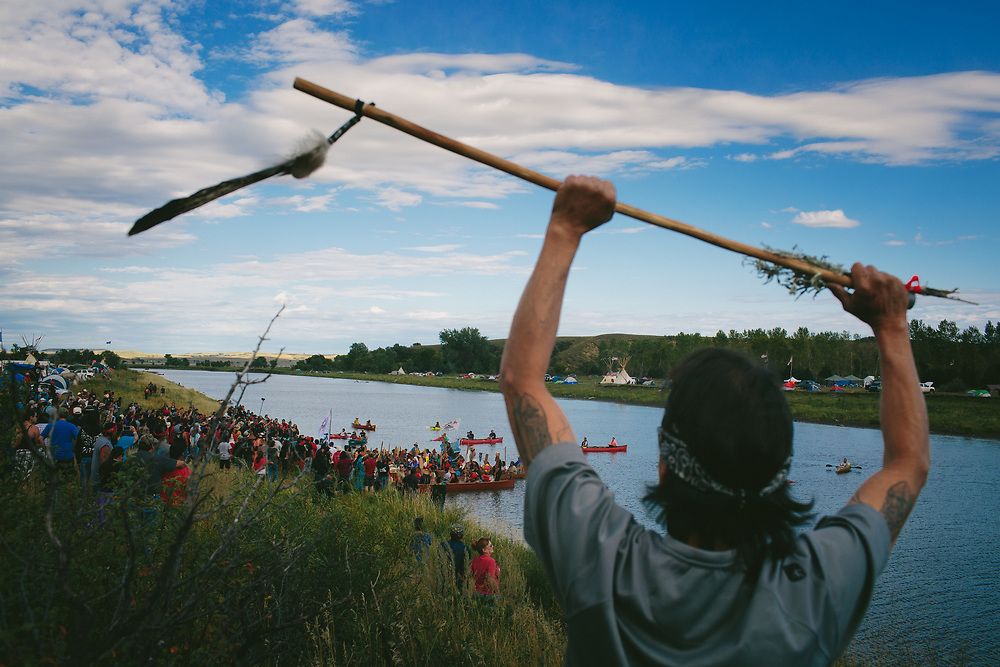