Michael Lewellen plays the French horn for the Fort Wayne Philharmonic Orchestra. "We all have a common cause. We're all part of organized labor," Lewellyn said, adding, "We'll be standing next to auto workers; we'll be standing next to carpenters, next to plumbers. And here we are musicians. Who would've thought that musicians could be union members also. But the American Federation of Musicians has been around for nearly 100 years and they've been working tirelessly to help support the well-being of musicians."

The Workers Project, which created one of the U.S.'s biggest and longest-standing celebrations of labor, is focused on creating solidarity between union members and unemployed and undocumented workers. It provides a possible path forward against the gutting of the traditional labor movement.

The Project's Labor Day picnic is a huge, free potluck and party that highlights the Projects' efforts to create community among groups who are expected to distrust and dislike each other. 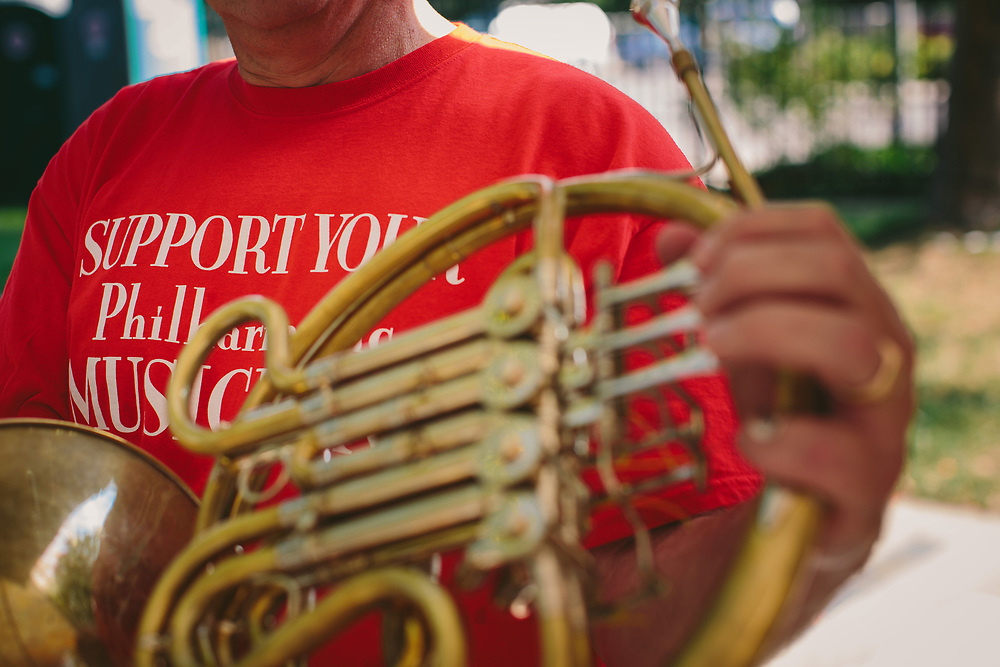