From left, Alexandra Rucinski, Laura Blanchard, Phoebe McNeece and Ryan Rogers organized and lead a march along Snake Alley, shown at back, after the announcement that the Planned Parenthood of Burlington, Iowa will close this summer. Snake Alley is known as the most crooked road in the world.

Hannah Levintova text: Last month, Iowa's governor signed a budget defunding Planned Parenthood, and the fallout was almost immediate. Within a week, Planned Parenthood announced that they are closing four clinics. These clinics collectively serve 15,000 women, and two of them, in Keokuk and Burlington, serve more than 90 percent of county residents using government-funded insurance for family planning. 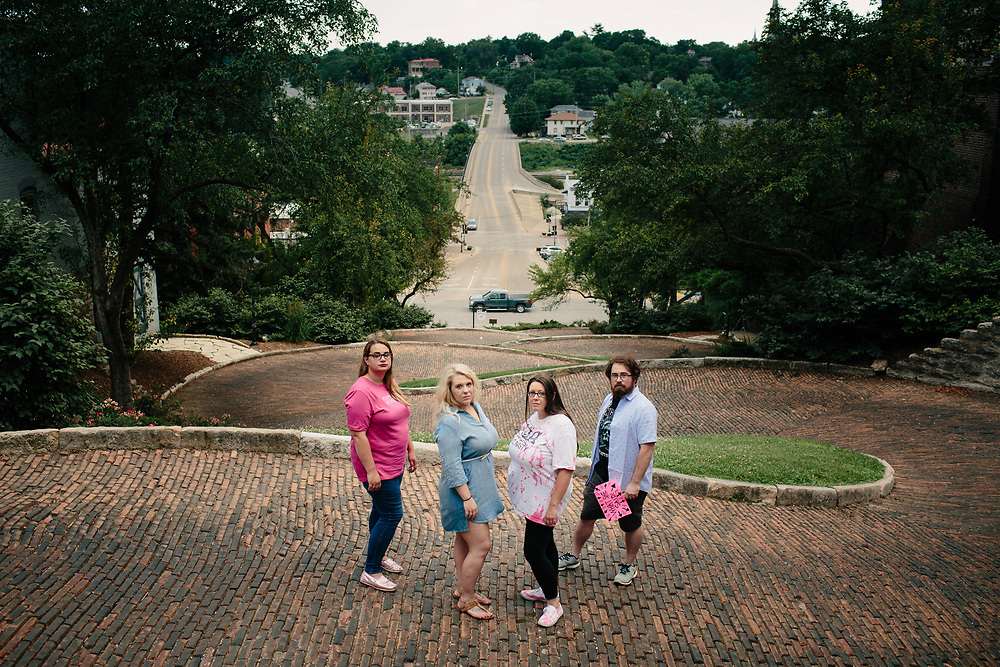