On assignment for the New York Times: Ryan Schleis holds his 8-week-old son Killian and his 3-year-old daughter Cadence at the family's Schleis Farms, a dairy farm established in 1916, which is about a mile from the decommissioned Kewaunee Nuclear Generating Station in Carlton, Wisc.

The plant is an 18-story tangle of concrete buildings, metal pipes and — deep inside — racks containing spent radioactive fuel. So why do some residents of Carlton say they will miss it when it’s gone? In 2012, the plant’s owner made a surprise announcement that it would be decommissioned as a result of economic pressures. It has been offline since 2013. Some residents have accused Dominion, the plant’s owner, of deserting them and taking away the revenue and hundreds of jobs that long sustained the town. 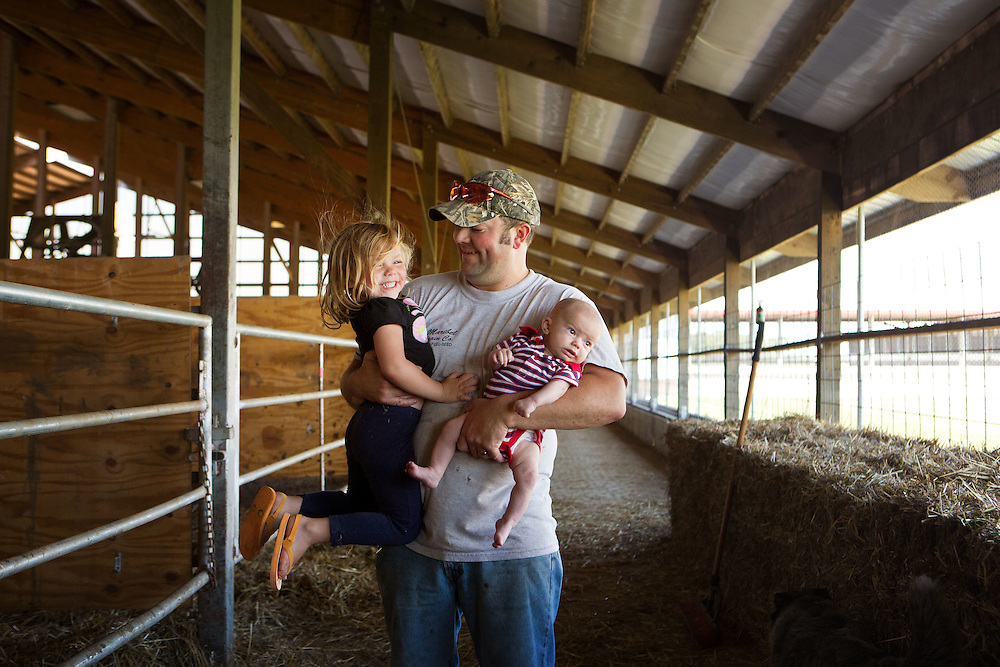