Angelina Nelson, 13, lifts her arms, mimicking the movie Titanic while playing with her friend Des'ree Saam, 14, at Monterey Rock with a view of the Monterey Dam and the decommissioned Janesville GM Assembly Plant, at top. Neither Saam nor Nelson knew what the GM plant was. 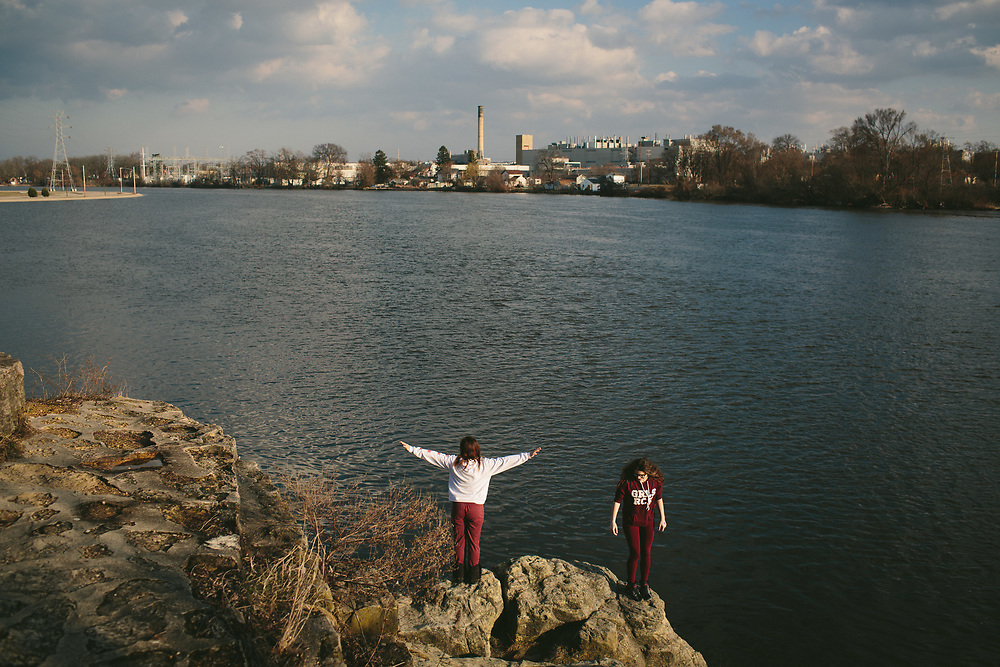