Mayoral candidate Toni Preckwinkle poses for a selfie with supporters at a Service Employees International Union rally as hospital works call for Illinois hospital industry reform at Douglas Park on Chicago's west side.

Preckwinkle, the Cook County Democratic Party chairwoman as well as the county board president, is in a run-off election to become the 45th Mayor of Chicago. Her opponent, Lori Lightfoot, is a former federal prosecutor and president of the Chicago Police Board. No matter the outcome, Chicago will elect its first black woman as mayor. 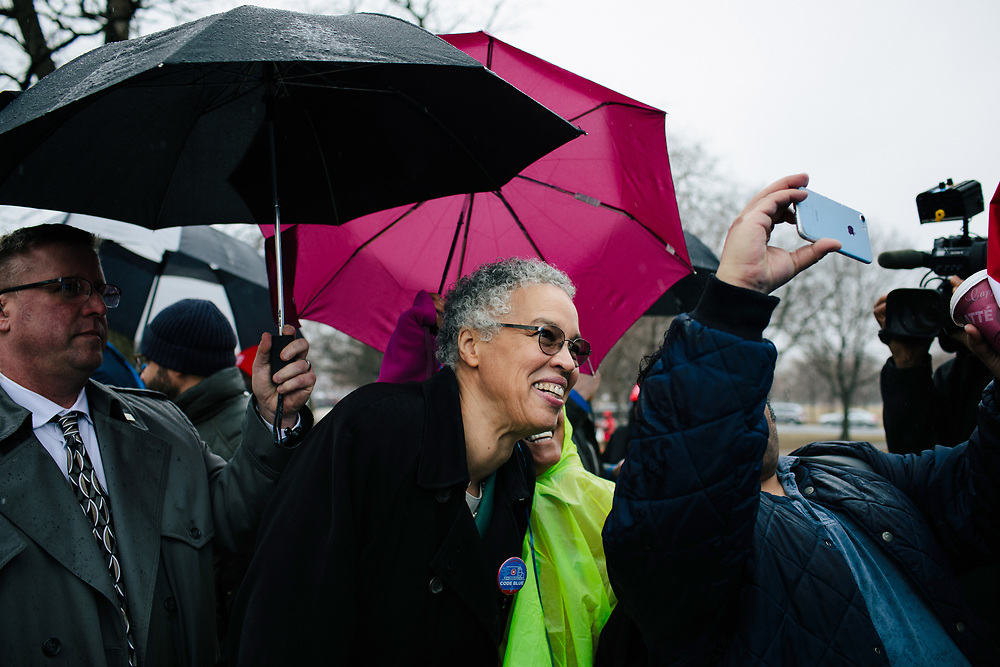