Chief Jonathan H. Lewin, with the Bureau of Technical Services at the Chicago Police Department, discusses crime data in District 007 on Monday, May 8, 2017.

A modest decline in Chicago's shooting incidents, down 13% or 112 incidents at the end of April, has been credited in part to new predictive policing technology implemented in the most dangerous districts. This includes ShotSpotter, used in over 90 cities worldwide to deliver real-time location-specific on a shooting directly to police rather than having them wait for a 911 dispatch call before responding to an incident. The technology, which is also being expanded in cities like New York City, San Antonio, Cincinnati and Minneapolis, highlights law enforcement's growing reliance on technology in solving crime at a time when trust and cooperation within minority communities remains low. 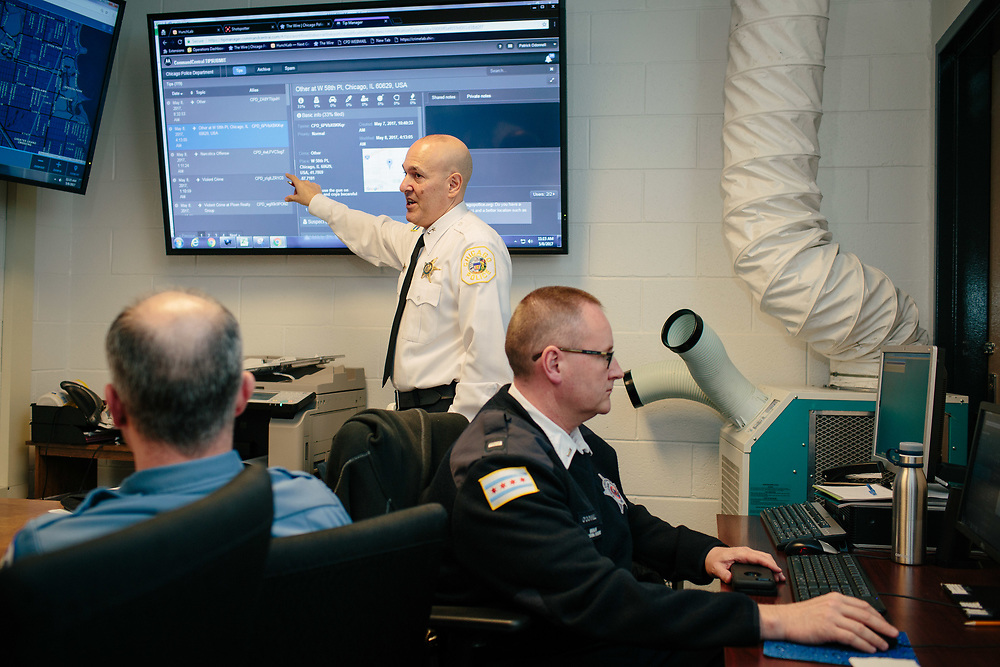