From left, Lindsay Burnham, Linsey Noble, SarahJane Thompson, Morgan Anderson, Nikki Koley and Ally Allen fix makeup and hair before the team's opening game against the Atlanta Steam in Gwinnett, Ga., on Saturday, April 13, 2013. The away team travels to the arena on game day and participates in photo and video shoots all day until the game that evening. "We had to be a the airport, makeup and hair ready at 4:30 a.m.," Noble said. "We were on our feet all day." 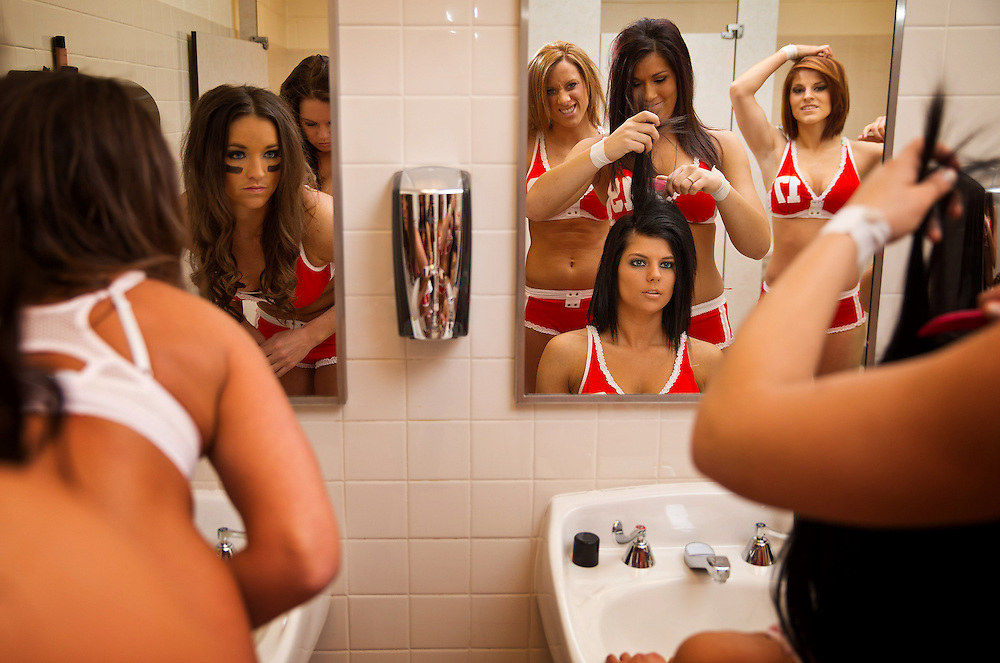