Hockey helmets and uniforms, which provide little coverage on the field, hang in the locker room before the Omaha Heart's opening game against the Atlanta Steam in Gwinnett, Ga., on Saturday, April 13, 2013. The Legends Football League, formerly the Lingerie Football League, has moved away from the implications of its former name, though the uniforms remain scant. 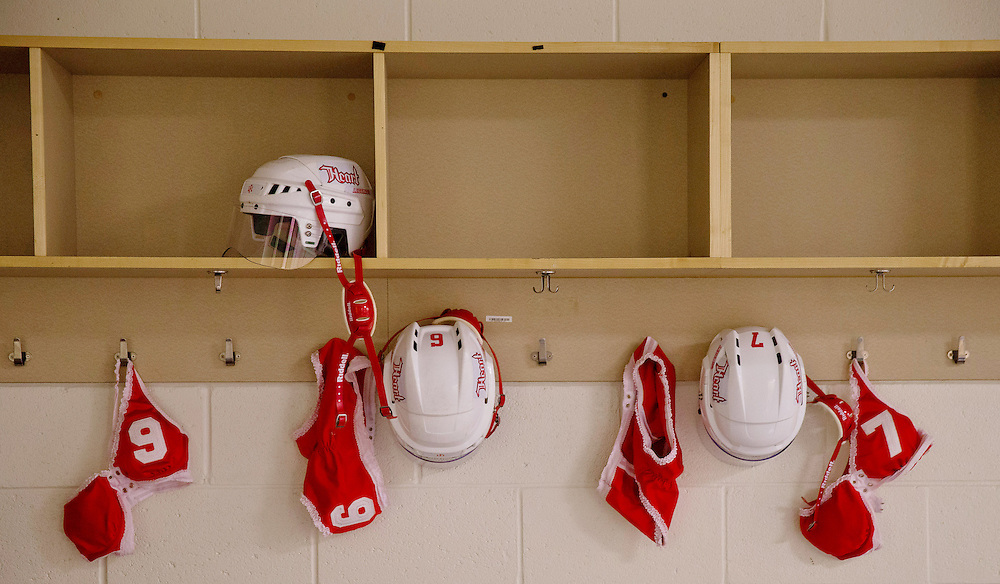