Support for Toni Preckwinkle hangs on the wall at a field office in West Garfield Park on Chicago's west side.

Preckwinkle, the Cook County Democratic Party chairwoman as well as the county board president, is in a run-off election to become the 45th Mayor of Chicago. Her opponent, Lori Lightfoot, is a former federal prosecutor and president of the Chicago Police Board. No matter the outcome, Chicago will elect its first black woman as mayor. 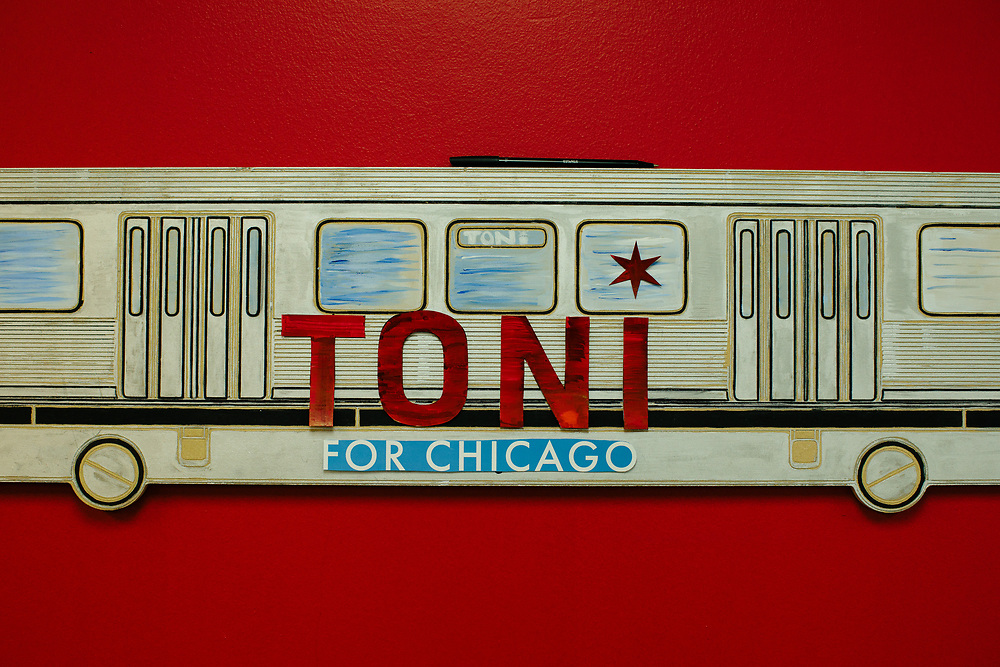