At right, Jordan Olson drinks coffee with Patrick Conley outside of an addiction recovery building across from the decommissioned Janesville GM Assembly Plant. Olson, who is from Janesville, said that the town really struggled after production ceased in 2008. His grandfather was fortunate enough to retire before layoffs, but "a lot of people moved," he said. 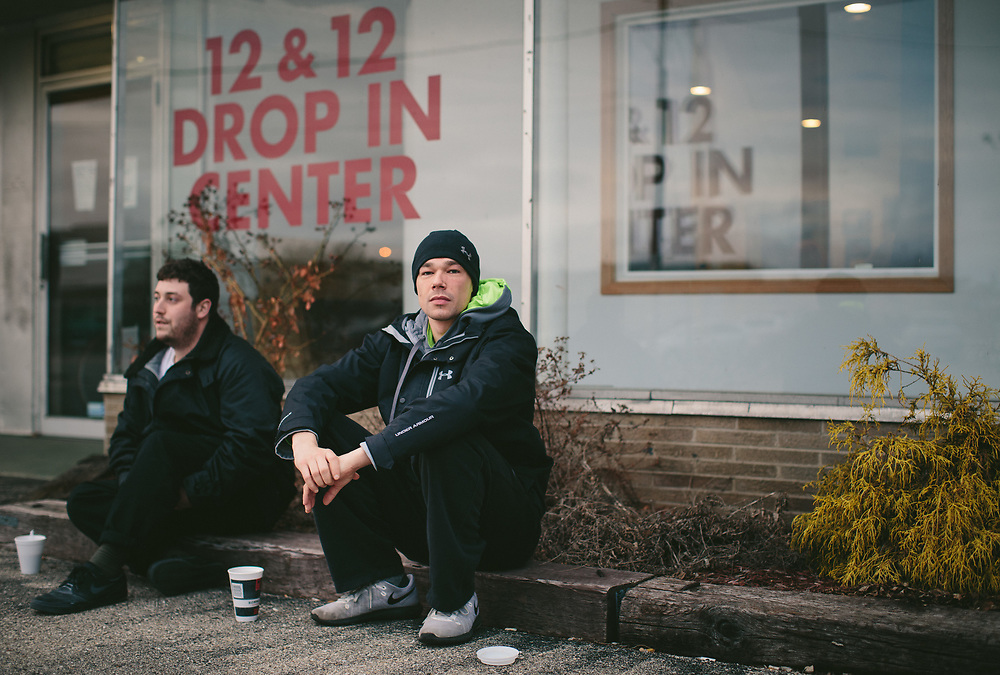