Deloris Watts, 72, takes a photo of Tony and Nancy Chin with their daughters Eliana, 5, and Ariella, 3, before the Chicago Blackhawks' match against the Dallas Stars at the United Center. Watts has worked at the United Center for 23 years, starting with its very first event in August of 1994. "There's been some exciting stuff in this building. There's been some crazy stuff, too," Watts said. Her favorite events have been when the Blackhawks won the Stanley Cup in 2010 and a Ricky Martin concert. 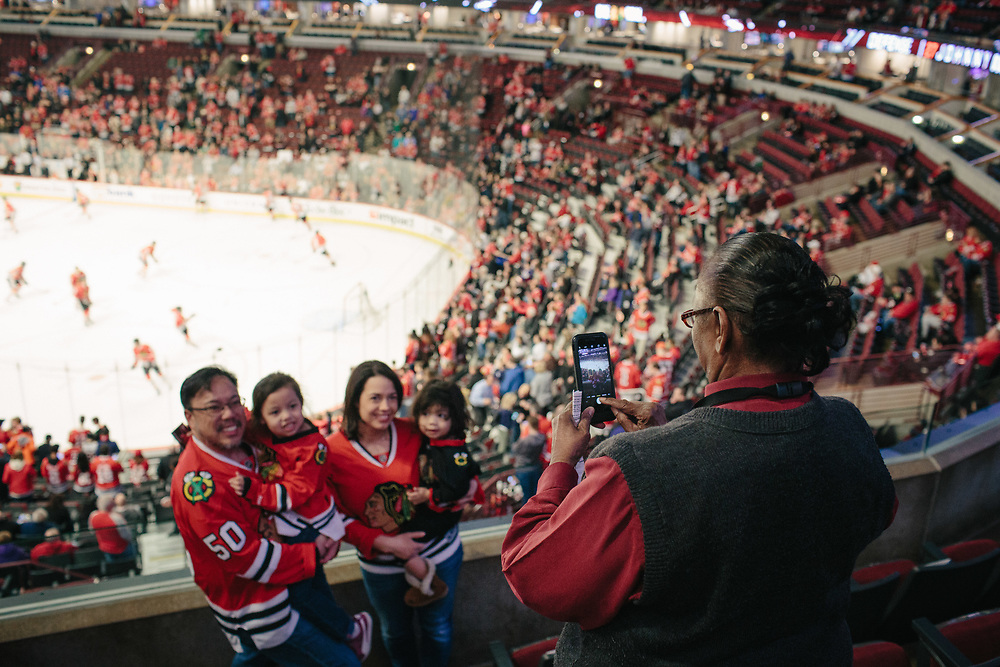