Jane Sanders, founder of the Sanders Institute and the wife of Senator Bernie Sanders, signs a book during the People's Summit. The Sanders describe the Institute as “a nonprofit, progressive educational organization."

Nina Turner, a member of the Ohio Senate from the 25th district, greets supporters during a book signing at the People's Summit. Turner, who endorsed Senator Bernie Sanders for the Democratic presidential nomination in 2016, has become a hero to the progressive political movement. 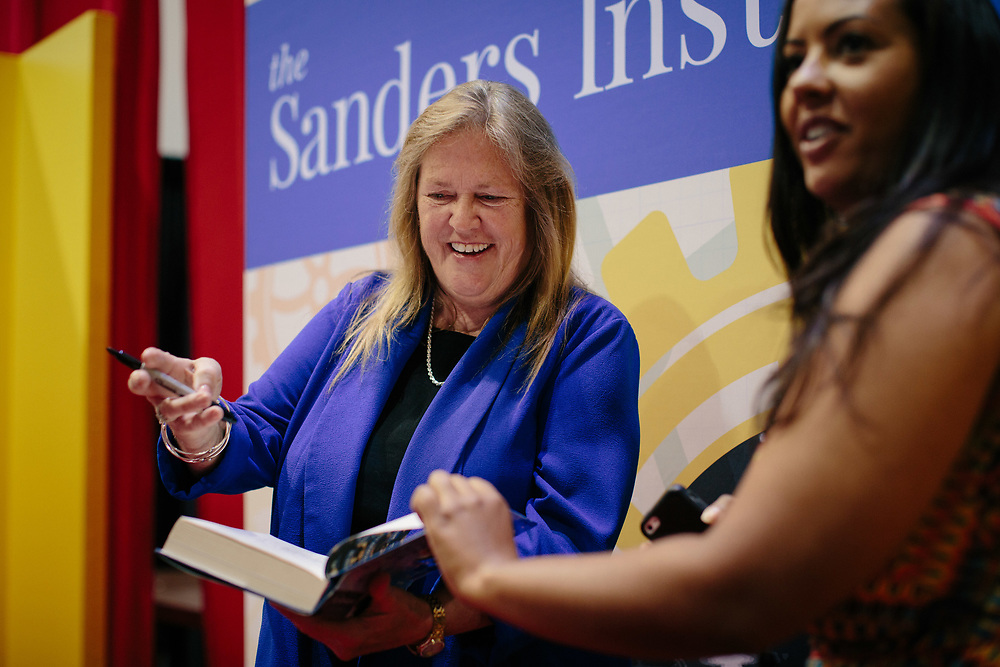