Howard Eagle Shield, with his family's horse Shonta, looks out over the Sacred Stone encampment. "This is my home, and my granddaughters are going to be here long after I'm gone." Water management has long affected the Standing Rock Sioux Reservation where Eagle Shield grew up. Of his youth, he said, "There was trees all the way through here, all the way down to the Nebraska border. There were trees big enough that it would take five or six guys to hold their hands around to circle those trees. And they're all flooded out; they’re gone after they put this dam up."

When visitors turn off a narrow North Dakota highway and drive into the Sacred Stone camp where thousands have come to protest an oil pipeline, they thread through an arcade of flags whipping in the North Dakota wind. Each represent one of 280 Native American tribes that have flocked here in what activists are calling the largest, most diverse tribal action in at least a century, perhaps since Little Bighorn. 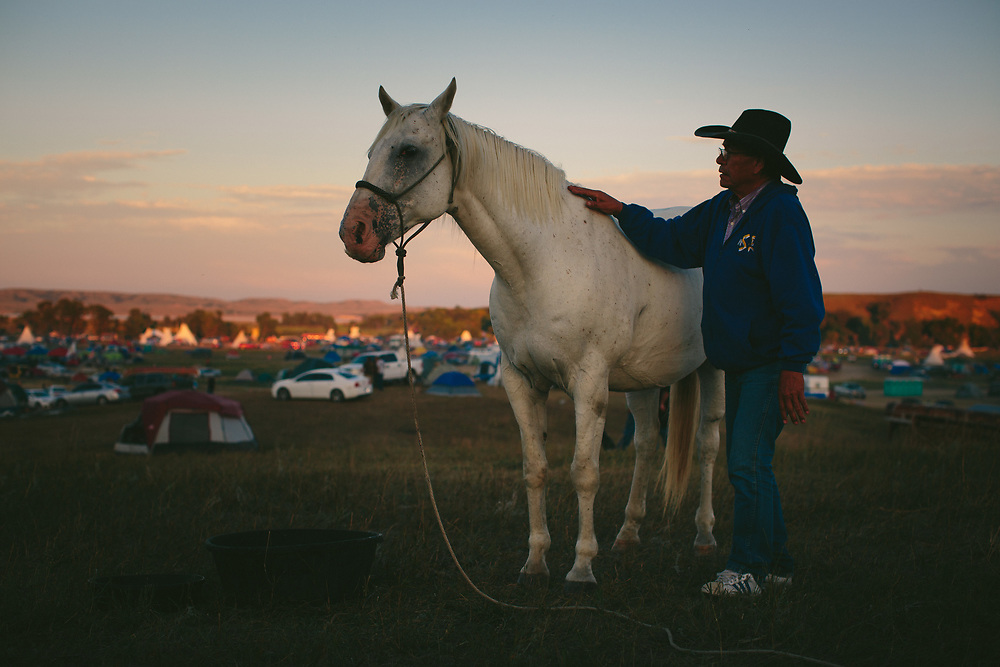