Varalakshmi Dumala makes chai tea for her daughter Sunayana Dumala. Varalakshmi and her husband Balakrishna were granted a visitor's visa to the United States to spend time with their grieving daughter Sunayana Dumala whose husband Srinivas Kuchibhotla was murdered three months prior. After being kicked out of a bar for directing ethnic slurs at Kuchibhotla and Alok Madasani, too immigrants from India, Adam Purinton returned to shoot them. 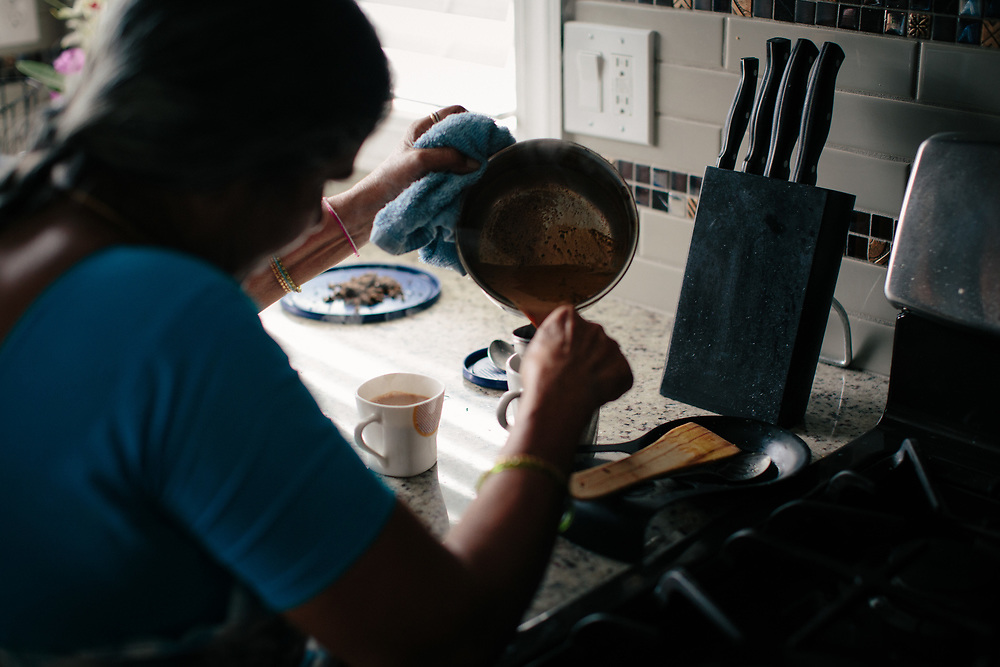