Maida Le Beau, from the Cheyenne River Sioux of the Dakotas, embraces Bobby Robedeaux, from the Echohawk Bayhylle family of the Pawnee Nation in Oklahoma, after learning that the Army Corps of Engineers denied a permit to drill underneath the Missouri River. Le Beau and Robedeaux's tribes were once enemies with histories of violence between them. Robedeaux said it was a time of healing, adding, "we all came back together." 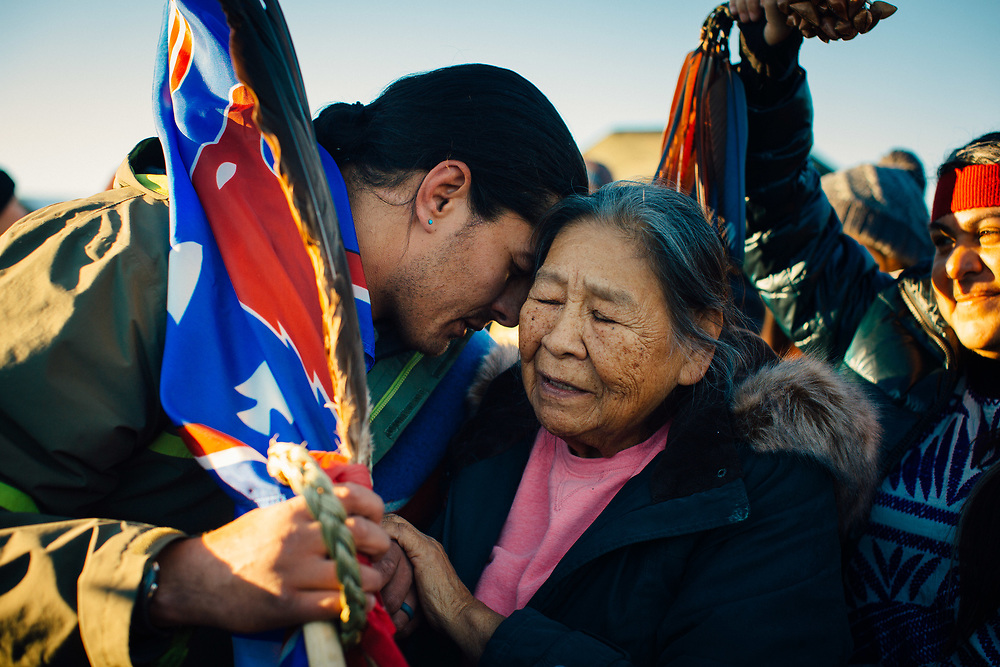