George Lutfallah, who runs the Chicago Dispatcher, a newspaper focusing on the taxi industry, poses for a portrait in downtown Chicago. Lutfallah holds a copy of the publication featuring a story on Chicago Mayor Rahm Emanuel's taxi industry reforms.

Chicago taxi medallions, now worth about $25,000, were once valued at nearly $400,000. The market's crash and predatory loans caused many medallion owners to declare bankruptcy in a situation made worse by the introduction of ride share apps like Lyft and Uber to the market. 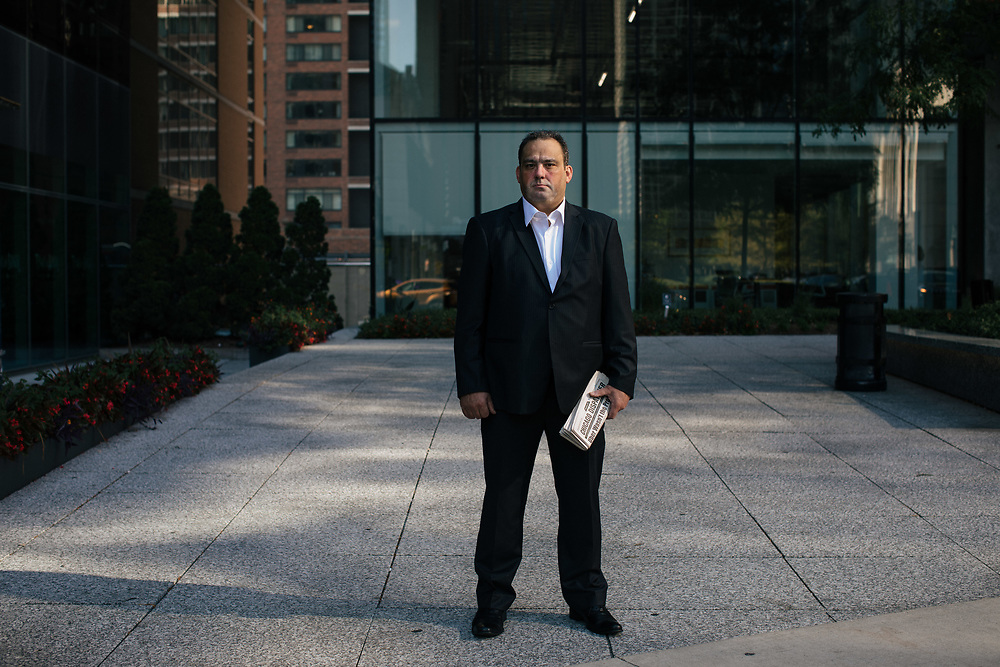