A collection of life in the Great Plains.

Catcher Cuts The Rope, a Marine injured in Fallujah, leads a two-mile walk protesting the Dakota Access Pipeline, which will cut across several sacred indigenous sites and will tunnel under Lake Oahe, which feeds into the Missouri River. Cuts The Rope, who is Aoanii and Nakota, spoke of his hope for a non-violent resolution to the pipeline. "We will stop the pipeline, and we will do it peacefully," he said. 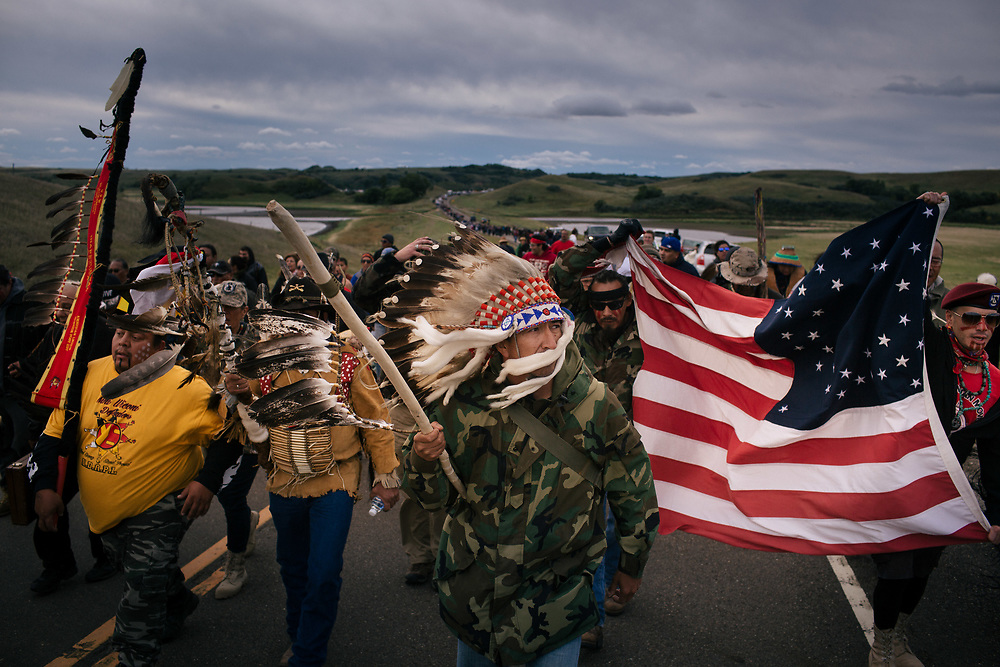