Logan Anderson, 19 months, plays with his older brother Lamont Anderson Jr., 8, at the West Calumet Housing Complex in East Chicago, Indiana. Anderson Jr.'s blood lead levels test results were above the CDC’s 5 mg/d threshold for action. After living in the complex for more than a decade, the family moved to Gary, Indiana earlier this summer. 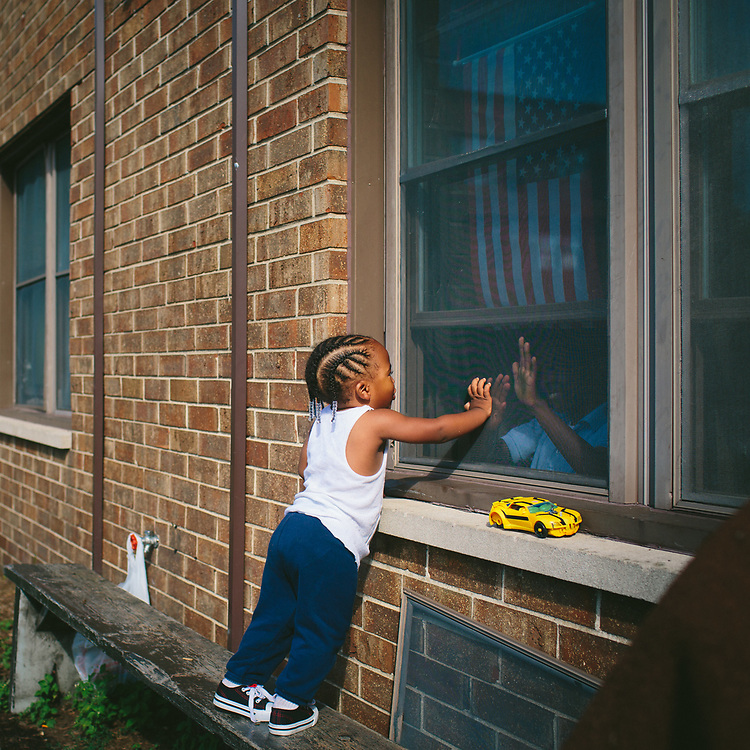