Phil Little Thunder leads a two-mile walk from the Standing Rock camp to participate in a ceremony at a sacred burial ground two miles away. Little Thunder
is from the Rosebud Sioux Tribe in South Dakota.

“We say ‘mni wiconi’: Water is life,” said David Archambault II, the chairman of the Standing Rock Sioux, whose reservation sits just south of the pipeline’s route. “We can’t put it at risk, not for just us, but everybody downstream.” He added: “We’re looking out for our future, the children who are not even born yet. What is it they will need? It’s water. When we start talking about water, we’re talking about the future generations.” 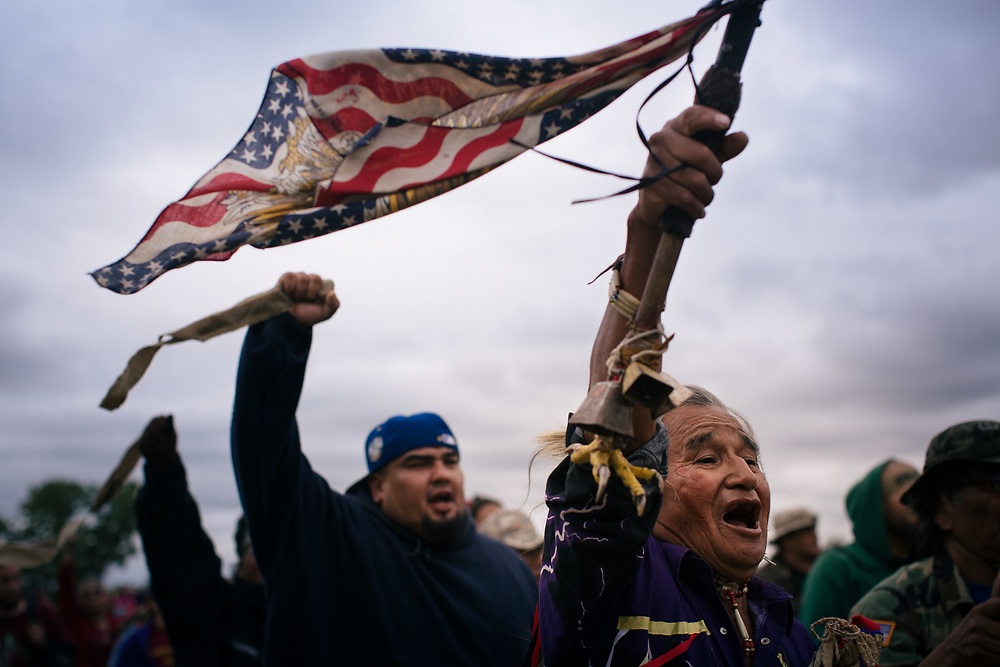