Dorris West, at left, puts together a puzzle in the home of her daughter Alantris Muhammad, at right. Muhammad said she found the puzzles a helpful brain and dexterity exercise for West, who suffered a car accident that left her unable to walk or eat on her own eleven years ago. She has regained some mobility.

Story brief:
Alantris Muhammad says there was no question that she would leave her job after her mother suffered a car accident that left her unable to walk or eat on her own.
At 42, she hadn’t even started to think about retirement. But as the oldest of four siblings -- and the only one in a dual-income household -- she says it was a “no brainer” that she would look after her mother full-time to avoid putting her in a nursing home.
Muahammad moved her mother into her house so that she could help her throughout her recovery. FFor months, she Muhammad slept in her living room on a newly purchased sofa bed so that she could stay near her mother, who was on a feeding tube and could not yet climb the stairs to her new bedroom. Eleven years later, her mobility has improved. But her mother, who is now 69, still suffers several strokes a month and has a difficult time speaking or tackling other routine tasks. 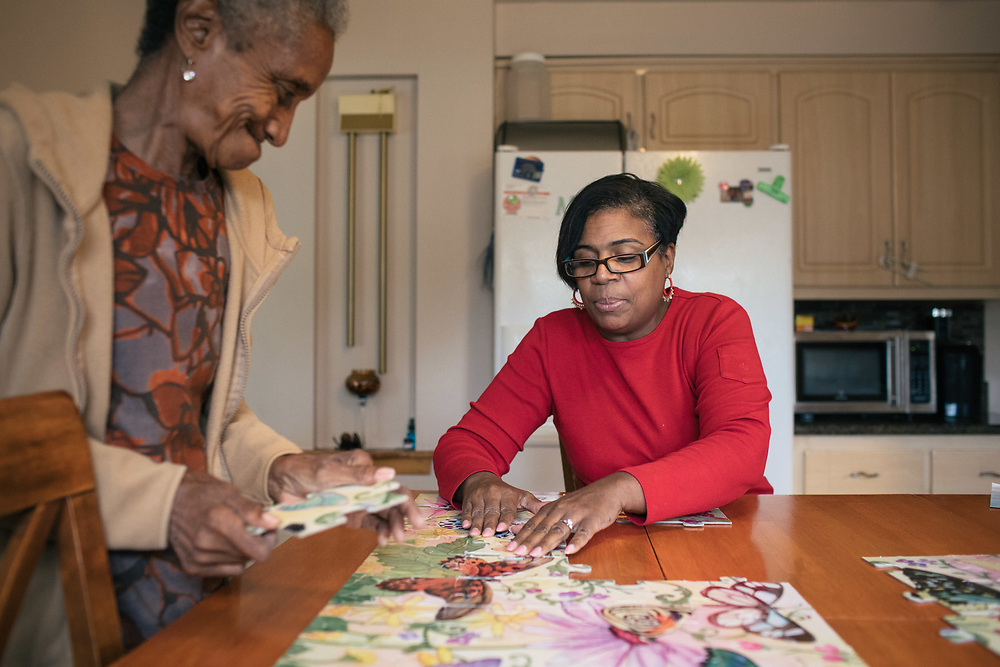