Omaha Heart's Ashley Lambrecht, at center, dances with teammates including, from left, SarahJane Thompson, Linsey Noble, Morgan Anderson, Lindsay Burnham, Shawnte' Bunting and Kelsey Lane, before the team's opening game against the Atlanta Steam in Gwinnett, Ga., on Saturday, April 13, 2013. The Heart lost 42-6. "I love showing people that we’re real athletes. A lot of people doubt…It makes me so mad when they say, 'Is it powderpuff? Is it flag?' I’m just like, No! If you’ve seen it, then you’d know that we actually tackle. You’ve seen that it’s not just models or pretty girls just trying to play football. It’s pretty girls that have careers, that are moms that can actually play football and are good at it," Bunting said. 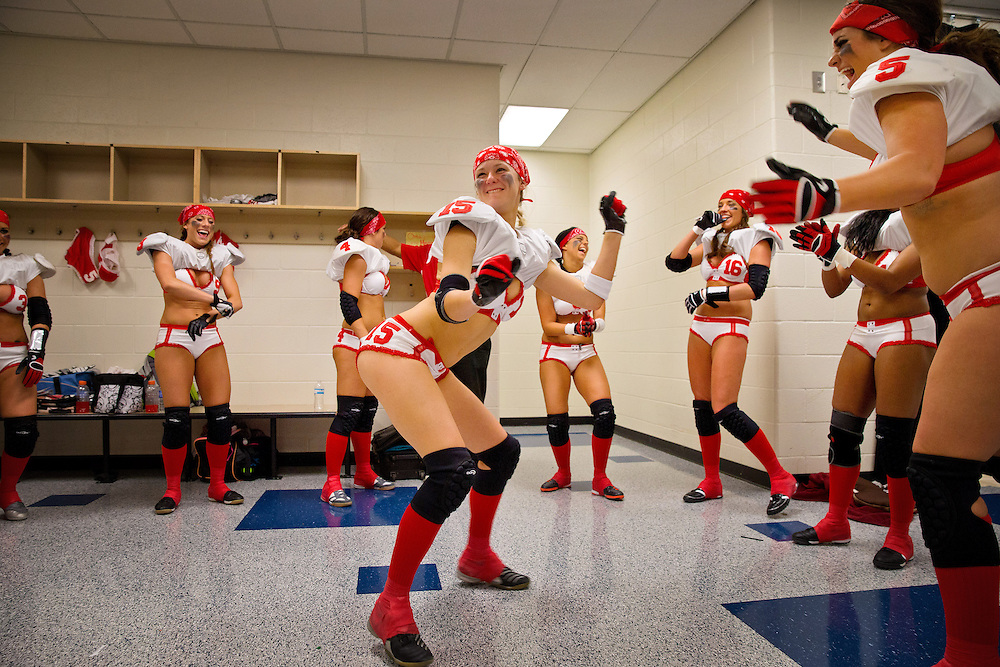