back to search results

Almost two weeks after a surgery to fix a torn ACL in her right leg, Leslie Walls is back at the game with her sons Colton Walls, 2, and Noah Walls, 9, outside of their home in Omaha on Friday, April 26, 2013. "These girls have worked so hard that it’s inspiring just to even watch them. It is heart wrenching not to be on the field, but it’s inspiring to watch from day one what they’ve put in to where they are now," Walls said. 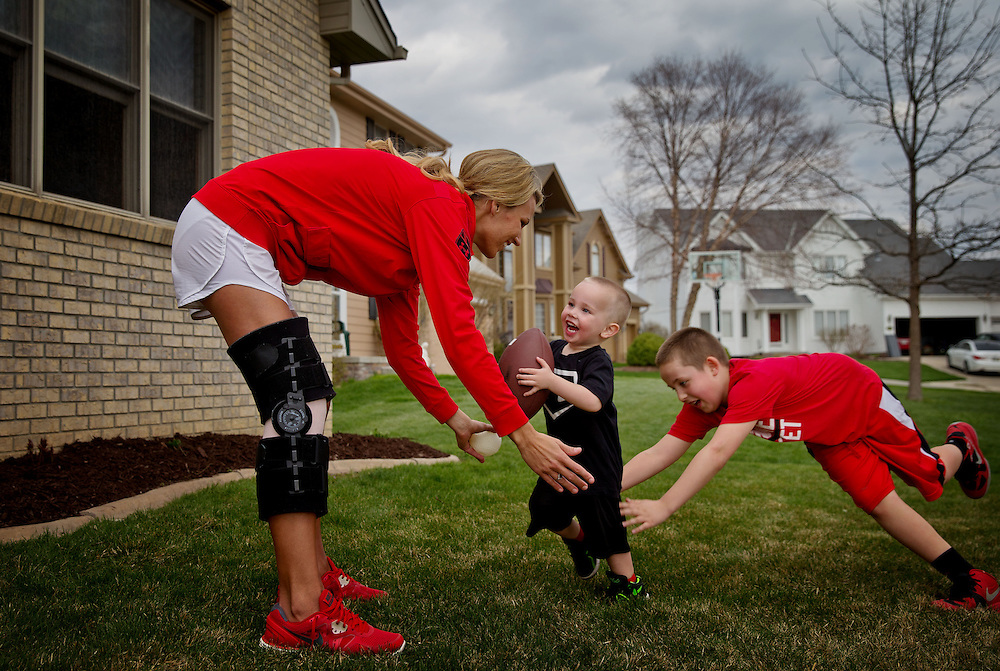